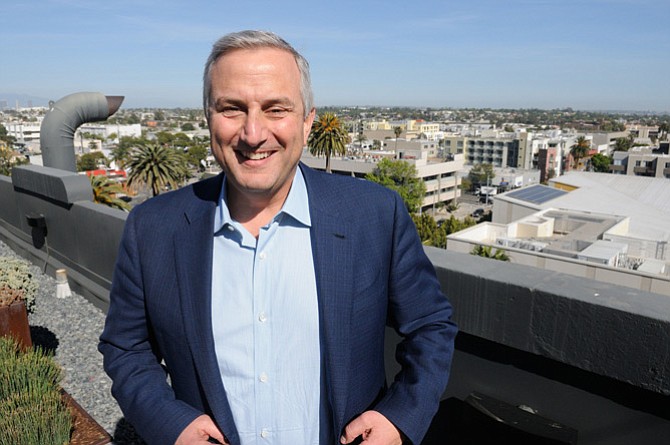 L.A.’s largest venture capital firm, Upfront Ventures, plans to double down on wireless charging startup uBeam Inc., with plans to lead a not-yet-complete $20 million Series B round alongside investments from Andreessen Horowitz, Founders Fund and Mark Cuban, the Business Journal has learned.

Word of the $20 million round came during a presentation to prospective investors last week by Meredith Perry, uBeam’s chief executive.

The funds would finance the Santa Monica-based startup’s operations for two years at the firm’s current cash burn rate, Perry said in the webinar for prospective investors convened by Israeli crowdfunding company OurCrowd.

Perry said the latest round could help the firm put an ultrasonic wireless energy product on market as soon as the third quarter of 2019. The company is valued pre-investment by its shareholders at $100 million, according to a person familiar with the documents that prospective investors have received from the company.

Perry did not respond to requests for comment. Nor did Upfront Ventures General Partner Mark Suster, who sits on uBeam’s board of directors.

UBeam stirred controversy within the scientific and venture capital communities in recent years after widely publicizing a claim to wirelessly charge electronics, such as cellphones, using ultrasonic waves sent through the air at distances of several feet. Critics said converting ultrasonic waves into electrical energy is possible in a rudimentary sense, but absent a technological breakthrough, they were doubtful the technology can perform as claimed.

The firm has raised more than $26 million from investors since its founding in 2012. Investors include Andreesen Horowitz in Menlo Park, Upfront Ventures in Santa Monica, Peter Thiel’s Founder’s Fund in San Francisco, as well as billionaire Mark Cuban and former Yahoo Inc. Chief Executive Marissa Mayer.

Upfront Ventures led uBeam’s $10 million Series A round in 2014, investing $7.5 million. The firm’s Suster said at the time that it was the largest Series A check he had ever written.

The venture capital firm now has nearly $2 billion of capital under management, including $400 million raised in June for is sixth fund.

UBeam has gotten over some earlier fumbles to make some progress over the past year. Perry demonstrated a brick-sized wireless charger receiving enough power to light up the battery icon on a cellphone in an interview with USA Today earlier this year. She also acknowledged for the first time a number of technology limitations, including the inability of the device to charge while its sits in a pants pocket, moves around a room, is positioned at angles greater than 45 degrees to its transmitter or at distances greater than 10 feet.

Such obstacles may be why the startup announced on the investor call a shift from its plan to first build and sell wirelessly-charging cellphone cases.

The firm now intends to initially sell ultrasonic wireless-charging components as an original equipment manufacturer. Potential customers include telecommunication firms, auto makers and consumer electronics manufacturers, according to the presentation. The company also is considering a spin-off venture to sell its proprietary transducer technology for applications including geolocation, imaging and haptics.

Adapting the company’s technology for uses other than wireless charging has long been advocated within the company, Paul Reynolds, uBeam’s former vice president of engineering, transducers and acoustics, said in an emailed statement.

“It seems that having exhausted all other avenues, uBeam have finally realized that there are better markets for ultrasound transducers. It’s unfortunate they didn’t listen to their own departed engineers who told them this years ago,” he said. “If they can produce low cost, consistent, reliable transducers there is a commodity market there. However, they will have competition from more focused companies who have been diligently working in this space for longer, with existing products, and a much deeper patent portfolio.”

Reynolds published a blog in 2016 criticizing the company for overstating the performance of its technologies.

Perry told prospective investors that her company’s technology has been well received by potential business partners.

“UBeam has been declared the category winner with every single electronics company we’ve met with,” she said. “UBeam, even in its currently un-optimized state, as a prototype, can transmit more power, at greater distances, too more devices, while staying within regulatory limits, compared to any technology that exists.”

“Our efficiency today is lower than we’d like it to be, but the theoretical efficiency of our system end-to-end is about 30 percent,” she said. “One of the things we will be working on is making our system as efficient as possible.”