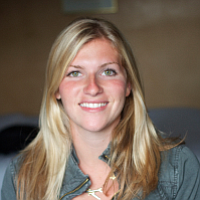 Wireless charging startup uBeam Inc. is raising a $20 million Series B round from Upfront Ventures, Andreessen Horowitz, Founders Fund and Mark Cuban, among others, according to a presentation to prospective investors by Meredith Perry, the company’s chief executive.

The $20 million round is not complete, but would finance the Santa Monica startup’s operations for two years at the firm’s current cash burn rate, Perry said in the webinar for prospective investors convened by Israeli crowdfunding company OurCrowd. Perry said another venture capital round could help the firm put an ultrasonic wireless energy product on market as soon as the third quarter of 2019.

UBeam stirred controversy within the scientific and venture capital communities in recent years after widely publicizing a claim to wirelessly charge electronics, such as cellphones, using ultrasonic waves sent through the air at distances of several feet. Critics said converting ultrasonic waves into electrical energy is possible in a rudimentary sense, but absent a technological breakthrough, they were doubtful the technology can perform as claimed.

The company has made some progress. In June, uBeam’s Perry demonstrated a brick-sized wireless charger receiving enough power to light up the battery icon on a cellphone in an interview with USA Today. However, she acknowledged for the first time a number of technology limitations, including the inability of the device to charge while its sits in a pants pocket, moves around a room, is positioned at angles greater than 45 degrees to its transmitter or at distances greater than 10 feet.