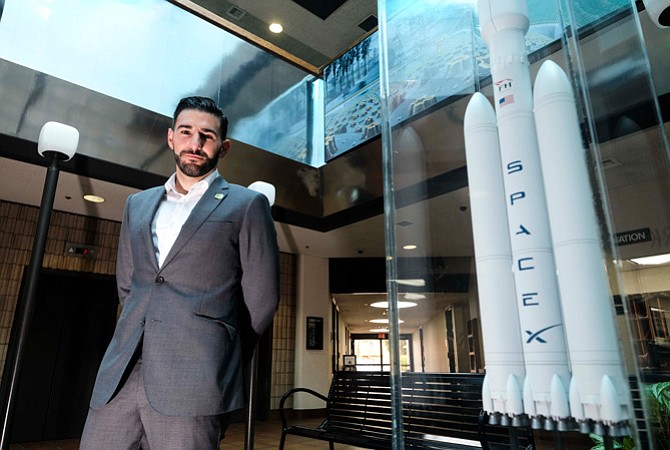 The city of Hawthorne – once looked on by some as a run-down industrial town in the belly of Los Angeles County – is showing signs of rejuvenation, and civic leaders said Elon Musk’s rocket manufacturer SpaceX should get a large share of the credit.

“They basically have created an energy around the city,” Hawthorne Mayor Alex Vargas said in his State of the City speech in March.

But the city’s redevelopment has created tensions between Space Exploration Technologies Corp., real estate developers, residents and the city council. The company finds itself boxed in by Hawthorne City Council’s desire to redevelop blighted industrial plots into residential and commercial spaces, as well as surging industrial real estate prices in surrounding neighborhoods. The result is plummeting industrial availability rates, which dropped to 1 percent this year from 8.1 percent in 2012, according to downtown real estate firm CBRE Group Inc.

The real estate crunch came to a head last month when Hawthorne council members voted 3-2 to rezone a 2.5-acre parcel of industrial land and approve a plan by Blackwood Real Estate of Newport Beach, to build a 230-unit apartment building on the spot. The plot is kitty-corner from SpaceX’s headquarters on Crenshaw Boulevard and Jack Northrop Avenue.

The company did not explicitly oppose the project over rezoning, but rather raised safety concerns about placing residential apartments near a manufacturing operation.

“There’s a conflict with LAEDC and SpaceX,” English said at the Oct. 10 council meeting. “SpaceX is a member of LAEDC, so of course they would be here to benefit SpaceX. They’re colluding to make efforts to trash this project.”

SpaceX wouldn’t comment on its opposition to the project, but SpaceX President Gwynne Shotwell said in a statement last week that the company is a positive part of the community.

“Over the years, we have been fortunate to have a strong working relationship with the city and incredible community partners who we’ve worked with to support and promote STEM education locally,” Shotwell said.

The council flashpoint was notable because SpaceX – as well as Musk’s Boring Co. tunnel traffic enterprise – have long enjoyed a cozy relationship with members of the Hawthorne City Council, frequently getting their way with city property.

The manufacturer worked closely with officials to permit and expand its campus to 30 buildings, covering more than 1.5 million square feet of space. The firm also quickly won approval for building a 1-mile hyperloop tube in one of the east-bound lanes of Jack Northrop Avenue in 2016, and Boring Co. got approval in August to dig a 1.6-mile test tunnel under 120th Street.

Rezoning precious industrial real estate – and the attitude of local city councils toward industrial businesses – is a real concern for many manufacturers in the South Bay, said Robert Flores, first vice president of CBRE.

“There is already a limited amount of industrial space,” he said. “If you are rezoning industrial space, it just makes it harder to operate. Is this the beginning of an attempt to push more traditional users out?”

Hawthorne Mayor Pro Tem Haidar Awad insisted that the city’s efforts to redevelop itself were made with ample consideration to maintaining industrial land for companies such as SpaceX and chalked the disagreement up to a misunderstanding.

“They just had maybe a few fears that I think have gone away now,” he said.

SpaceX, which employs a large portion of its more than 6,000 workers locally and has a tax-reduction deal to keep its headquarters in Hawthorne through 2022, communicates closely with the council, Awad said.

In a show of appreciation, Hawthorne spent $24,000 in 2014 to build a 37-foot-tall model of SpaceX’s forthcoming heavy-lift rocket, the Falcon Heavy, atop a sign on Hawthorne Boulevard that declares the city the “Cradle of Aerospace.”

“We’ve rezoned certain properties for commercial use or residential use,” he said. “It really is becoming a more hipster vibe kind of area.”

The results are showing. Los Angeles Ale Works, a brewery and tasting room, opened its doors in January in a former industrial brick building not far off El Segundo Boulevard. The brewery was inspired to launch in Hawthorne because of the area’s industrial architecture and proximity to SpaceX, said Andrew Fowler, one of its managing partners and co-founders.

“I was actually eating lunch in (SpaceX’s) cafeteria when a friend who works at SpaceX said, ‘Why don’t you look at Hawthorne? We are always looking for things to do after work,’” he said.

A tour of the neighborhood cemented the plans.

“From that point on we were dead set on moving to Hawthorne,” Fowler said.

Other nearby projects include the recently opened 60-studio Hawthorne Arts Complex, the soon-to-open Common Space Brewery, a new restaurant and headquarters for coffee roaster Urth Caffé under construction, and the planned demolition and redevelopment of the Hawthorne Plaza mall.

SpaceX may be the driver of the Hawthorne boom, but it’s reached a point when area businesses have other income streams. SpaceX employees still make up an estimated 25 percent of Ale Works’ customers, Fowler said, but more locals are showing up at the brewery as well.

“We have a huge customer base of local customers. I think this area was ignored for so long that these residents finally have a place to go,” he said. “SpaceX is what encouraged us, but now the greater community is really supporting us and keeping us moving.”

Editor's Note: This article has been updated with the correct location of Blackwood Real Estate. The firm is located in Newport Beach. The article also misstated the mayor of Hawthorne’s first name. His name is Alex Vargas.