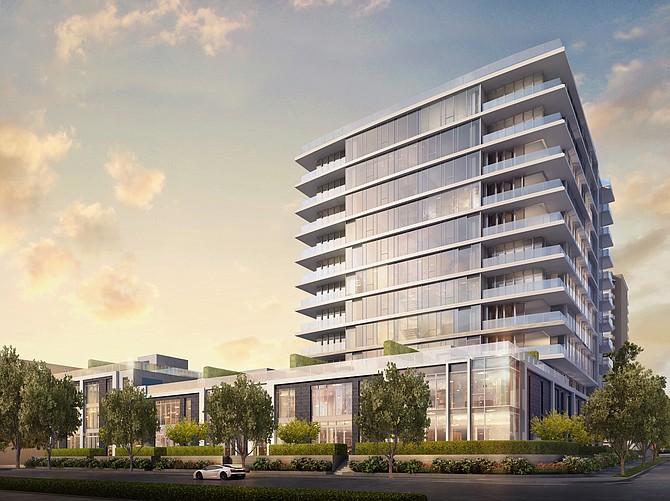 Four Seasons Residences is being built near Beverly Hills.

Construction began this week on Four Seasons Residences, 58 ultra-luxury condominiums and townhouses on the outskirts of Beverly Hills, after developer Genton Property Group raised $239 million for the project.

Although the developer had a “ceremonial groundbreaking” in October 2015 on the project across the street from the Four Seasons Hotel, construction did not begin at the time, Genton said. He said the total cost of the project was more than $300 million.

“It was critically important to our investors and international pool of buyers that we eliminated every potential obstacle before beginning primary construction of the Four Seasons Private Residences Los Angeles,” Genton said. “While today’s challenging lending and regulatory environment pushed back our initial ambitious timeline, we are now moving full-steam ahead toward setting a new standard for luxury living in Southern California.”

Thus far, there has been a shortage of ultra-luxury condominiums on the Westside, with many developers aiming to fill that void.

The Westside has had few comparable sales at those price points. The new units are all aiming for a similar clientele: wealthy international and bicoastal buyers who will pay top dollar for high-end amenities and low maintenance that come with condos attached to luxury hotel brands.

Developers have been increasingly betting on these buyers purchasing an additional home in Los Angeles as it evolves into a world-class city.

However, the volume of similar products gearing up to hit the market around the same time has caused concern among some agents.

“Some projects with crazy numbers will work. Some will fail,” Hana Cha, managing director of new development at Beverly Hills brokerage Compass, said.