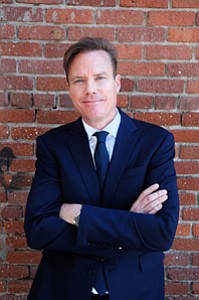 When the 2008 financial crisis crushed developer Grant King’s vision of opening a hotel in Hollywood, the co-founder of Relevant Group did more than call wealthy investors for help. He moved to Shanghai for face time with potential backers.

Nearly a decade later, his $110 million Dream Hollywood Hotel is set to open this month, backed by financing from Chinese investors, including those using the EB-5 program to ease their paths to green cards.

“This type of money really sets a project up to succeed. … For developers, it’s the cheapest form of capital you can get,” King said.

More than helping Dream Hollywood get off the ground, Relevant was able to tap additional Chinese EB-5 funding to back three other hotels it plans to build on neighboring blocks at a cost of $185 million. It is also planning to use Chinese money to bankroll a $220 million downtown project, dubbed the Morrison Hotel.

That activity caught the attention of Colony NorthStar, which recently took a minority stake in the developer.

Hotel projects in particular can benefit from EB-5 financing because they don’t need to load their books with debt, said Alan Reay, president of Atlas Hospitality Group in Irvine. This can help them weather seasonal occupancy flux, economic downturns, or a surge of local competitors.

“If they don’t have debt on it, it’s less of a concern,” Reay said. “Over the long haul, building a hotel in Hollywood, in the next 10 to 20 years, it’s going to be worth a heck of a lot more money.”

The neighborhood’s hotel market runs above 80 percent occupancy and, as a world-famous destination, can absorb new rooms as long as the economy holds up, he said. Relevant’s four Hollywood projects – the Dream Hollywood Hotel, Tao Hotel, Thompson Hotel, and Tommie Hotel – will deliver 700 new rooms into an area with roughly 3,000 rooms that hasn’t seen a hotel growth spurt in years, according to the Hollywood Chamber of Commerce.

Relevant’s ambitions received a shot of confidence in December with a minority investment from Colony NorthStar, a downtown-based real estate investment trust with $56 billion of assets under management.

Colony NorthStar did not report the transaction publicly. A spokeswoman said the company would not disclose the investment size.

The deal was in the works for a year and a half, King said, spurred on with support from Scott Barrack, Relevant’s China director and a cousin of Colony NorthStar Executive Chairman Thomas Barrack.

“It naturally came together,” King said. “We were too close to them to not do a deal.”

King and co-founder Richard Heyman, who have worked together since 2007, began Relevant last year as a new name for Five Chairs, their Hollywood-based hospitality development firm. Under the new entity’s umbrella, they also run the Hollywood International Regional Center, an EB-5 fundraising company that keeps an office in Shanghai.

The Dream Hollywood relied on funding from nearly 180 Chinese investors, King said, mostly high-net-worth individuals who wanted to give their children access to education in the United States. Relevant’s EB-5 investors get a 1 percent annual return on their investment. If there is no cash available, the payments will accrue and carry over to the following year. Unlike payments on a loan, there is not a mandated schedule. If things go really wrong, the investors will still get paid eventually, once cash is in hand.

New York-based Dream Hotel Group will operate the hotel, starting room rates at $300 a night, according to its website. TAO Group of New York is behind the hotel’s several eating and drinking spots – Beauty & Essex, TAO Restaurant & Lounge, Avenue, and the rooftop Highlight Room.

While the Chinese cash might have helped draw the investment from Colony NorthStar, that source of money is slowing.

The Chinese government’s restrictions on capital outflows are already stalling some deals. Dalian Wanda Group’s plan to buy Dick Clark Productions for $1 billion fell apart last month, and a couple of other Hollywood acquisition deals have also hit the rocks in recent months.

But King said investors will eventually work around new regulations.

“They’ve got a lot of different ways of getting money out,” he said. “The investment levels we’re doing are a lot less than billion-dollar deals like Wanda’s.”

The future of the EB-5 program, which gives foreign investors green cards in exchange for investing $500,000 to $1 million in projects that create U.S. jobs, is looking rocky, meanwhile. Although industry analysts say Congress will likely renew the program after it sunsets on April 28, there could be changes, such as an increase from the $500,000 minimum investment level. That’s a big reason why Relevant wants the affiliation with Colony NorthStar to attract institutional partners for equity investments.

“With an uncertain future, you can’t put all your eggs in one basket. … You want to have a lot in your arsenal,” King said. “What we learned through the downturn is a project is only as good as its financing.”

All but one of Relevant’s upcoming projects are already funded, however, King said.

Those three Hollywood projects are the $75 million Thompson and $60 million Tommie, both with about 200 rooms, and the $50 million Tao, with 114 rooms.

An additional $150 million is still being raised from Chinese investors for the $220 million project downtown, King said.

As the projects pile up, King said he visits Shanghai every month and is still working on his Chinese.