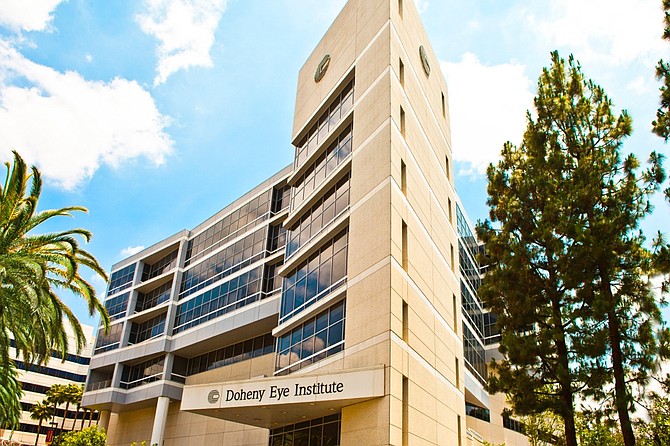 USC purchased a building it was leasing at the university's health sciences campus in Boyle Heights for about $110 million from the nonprofit Doheny Eye Institute.

USC has added a medical office building to its immense real estate portfolio, purchasing the 150,000-square-foot site on the USC Health Sciences Campus where it had leased space from owner Doheny Eye Institute, a nonprofit affiliated with rival school UCLA.

A source familiar with the deal said the price was just over $110 million.

“The university is the sole tenant in the 1450 N. San Pablo building, which is home to world-class clinical practices for Keck Medicine of USC, as well as groundbreaking research for our Keck School of Medicine of USC,” she said via email. “That, in conjunction with the building’s location in the center of our USC Health Sciences Campus, made this an important acquisition for the university.”

Doheny was affiliated with USC for four decades until 2012, when the university ended the relationship. Doheny signed a 99-year agreement the following year tying it to UCLA.

Doheny’s executive director, Marissa Goldberg, said that the new partnership was part of the institute’s motivation to sell.

“Since our academic affiliation now lies with UCLA Stein Eye Institute, it makes sense to divest ourselves of this property as part of our larger strategic realignment with our affiliation partner,” she said via email on Wednesday.

The building was marketed by Charles Dunn and Kennedy Wilson and attracted bids for as much as $125 million, or $833 a square foot, according to sources familiar with the transaction. Investor interest was particularly strong because USC held a lease for the building, constructed by Doheny in 1976 with a major expansion in the mid '90s, for another two decades.

“The outstanding issues were folded into the deal,” he said. “Doheny was very pleased with the outcome.”

USC’s bid also had advantages over those from private investors, according to Conway.

“It was the stronger, cleaner offer,” he said.

The institute still retains one other building on the USC Health Sciences Campus – its original headquarters at 1355 San Pablo St. that is now a research center. However, the bulk of the campus is owned by USC or Los Angeles County.

Editor's note: This story has been updated to include the sale price and other details about the transaction and property.