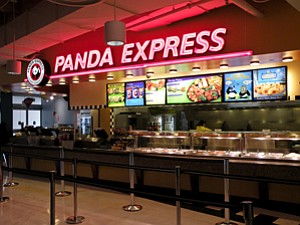 Serving Up Sales: Panda Restaurant Group, parent of Panda Express, ranked No. 3 on the list of women-owned L.A. companies with $2.9 billion in revenue last year.

She has since embraced it, becoming the sole owner and chief executive of the El Segundo-based firm – and starting a nonprofit to teach girls about technology.

“As time goes on, there’s more and more opportunity for women in technology,” Norman said. “Being a woman entrepreneur provides a different angle into managing the business.”

Dynamic Systems moved up to No. 9 from 13 on this year’s Business Journal list of 100 women-owned businesses in Los Angeles County ranked by 2016 revenue, though the firm’s revenue was virtually flat at $125 million.

It was one of three tech companies to hit the list’s top 10, a sign of that industry’s growth locally, but still an outlier as women lag for representation in the sector.

The list features another industry traditionally seen as male oriented – construction – as the leading sector in terms of female ownership this year.

The top companies were agriculture and food giant Wonderful Co., clothing retailer Forever 21 and Panda Restaurant Group at Nos. 1, 2 and 3, respectively – a repeat from last year.

The 100 companies on this year’s list saw their combined revenue increase 7 percent to $19.2 billion in 2016 from $18 billion in 2015, though that jump was influenced largely by a few billion-dollar firms.

The presence of three tech companies in the top 10 of this year’s list makes L.A.’s entrepreneurial landscape somewhat of a counterpoint to recent national trends.

While tech companies moved up the list, women nationally have struggled to improve their numbers in many tech fields, dropping from about 35 percent of the computer science workforce in 1990 to 26 percent in 2013, according to an American Association of University Women study.

The other technology companies to make the Business Journal’s top 10 list are Inglewood-based Marvin Engineering Co. Inc., which specializes in aerospace and defense, and Cerritos-based IT firm GST Inc.

Marvin ranked No. 8 with $216 million in revenue, up 14 percent from the previous year’s $189 million. The company has regularly ranked in the list’s top 10.

GST joined the ranks in 10th place after coming in at No. 15 last year, increasing its revenue nearly 19 percent to $120 million.

Dynamic Systems is one of two companies fully owned by women in the top 10. To qualify as a woman-owned company, women must own at least a 50 percent equity stake.

Her company focuses on helping women entrepreneurs in tech and other sectors gain more funding and awareness in Los Angeles.

“Tech is dominating globally, so if women aren’t in the game of tech, we’re losing a voice,” Lee said.

Dynamic Systems’ Norman founded a nonprofit, LOFT Academy, to address the shortage of women in tech by reaching out to girls in kindergarten through eighth grade.

“LOFT provides opportunities for girls to get exposed to programming and hands-on finance labs from a young age,” she said. “I think the more that we can focus on young girls that are still in school, the more it’ll help build a swell of women in technology.”

“I think we are seeing women receiving more encouragement at all levels of education to get more involved in (science, technology, engineering and math), and that’s carrying into entrepreneurship,” Yli-Renko said. “In L.A., we gravitate more towards engineering and technology than most places in the country, so we’re definitely seeing an increase in women entering those fields.”

The list is still dominated by several perennial members from basic industries.

Agriculture and food giant Wonderful is No. 1 again, reporting $4.8 billion in revenue, about flat from the previous year.

The company is the state’s largest grower and processor of pistachios and owns brands including Pom Wonderful and Fiji Water.

No. 2 Forever 21, based in Lincoln Heights, came in a close second with $4 billion in revenue.

Panda posted the greatest dollar-figure growth among all companies on the list, with $2.9 billion in revenue in 2016, an increase of $553 million, or 2 percent, from the year before. The restaurateurs famous for Panda Express – Peggy and Andrew Cherng – have recently invested in other food enterprises such as YakiYan, Just Salad and Pieology.

Glendora-based construction, logistics and staffing company Vobecky and ACDD JV Inc. was this year’s biggest percentage gainer among all 100 companies on the list, with a year-over-year revenue growth of 210 percent to $6.5 million.

Malibu-based Jaman Properties, a two-person operation, sold a home on a site formerly owned by Ronald Reagan for $22 million this year and nearly doubled its revenue to $22 million. That propelled it to No. 37 from 58.

The list saw some other changes alongside the influx of technology firms.

Century City-based Topa Equities, which ranked No. 6 on last year’s list, is no longer woman owned after billionaire philanthropist Marion Anderson died in May.

In addition, Montrose-based Montrose Travel, which held the No. 9 spot last year, was sold in December 2015, losing its woman-owned status.

The biggest percentage decrease among the top 100 on the Business Journal lists came at No. 82 with Pasadena’s Adville/USA Inc., which reported revenue of $4.4 million, roughly 31 percent lower than the previous year. The advertising and marketing services company ranked No. 77 in 2016.