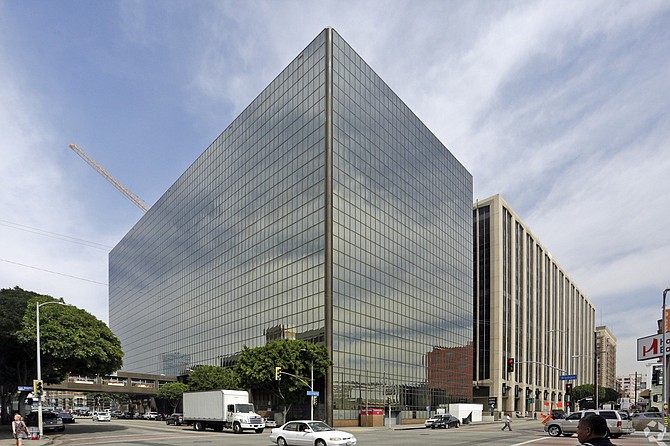 Sources familiar with the deal said New York-based Brookfield purchased slightly less than half a stake in the full property, which is valued at roughly $440 million, or $244 a square foot. That would put the value of Brookfield’s deal just under $220 million.

Jamison purchased the Market Center in 2005 for $135 million, or about $62 a square foot, according to CoStar. The four-building property is leased to office tenants as well as fashion showrooms and wholesalers, making it a focal point of L.A.’s fashion industry. It is about half-leased, according to Jaime Lee, Jamison’s chief executive officer.

“We had been discussing for years what the total potential of the building would be, and we think Brookfield is the right partner to help realize that vision,” she told the Business Journal. “They’ve shown throughout their sites worldwide the ability to reimagine and redevelop properties at a very high quality level.”

Lee said she began her real estate career at the California Market Center a decade ago and felt a personal interest in keeping the 54-year-old property under the umbrella of Jamison, the real estate investment company founded by her father, David Lee. After lengthy negotiations with Brookfield, she said, the deal closed on Thursday.

“If we were able to achieve our ultimate goals for the building without having to sell it, that’s what our priority was,” she added.

Brookfield owns more than 8.6 million square feet in downtown, a market comprised of nearly 30 million square feet of Class A office space. The downtown office market was 16.2 percent vacant in the first quarter, according to Jones Lang LaSalle, down from 16.4 percent in the prior quarter.

“Drawing wholesalers and trade events from across the region, the California Market Center…has a long and impressive history of promoting commerce and creativity,” said Bert Dezzutti, the western region executive vice president for Brookfield Office Properties, in a statement. “We are excited to usher this storied business center into a new era.”

Will Adams, a broker at Newmark Knight Frank who was not involved in the deal, said the Market Center will likely attract prospective tenants after Jamison and Brookfield join forces to upgrade the property, modernizing it to meet the standards of other office redevelopment projects throughout downtown.