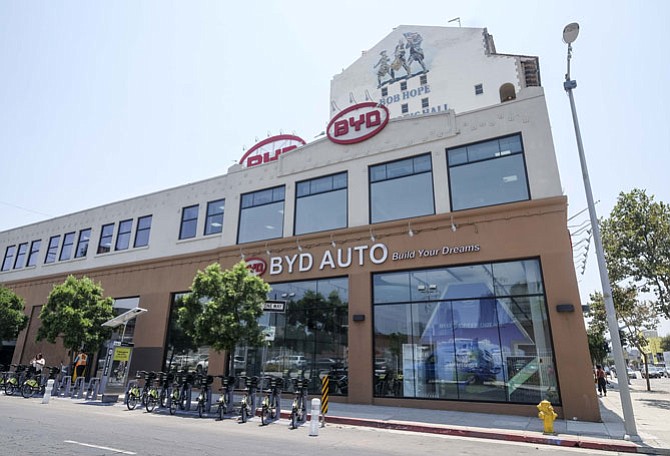 The board approved a total of $138 million, its largest funding yet, to buy 95 electric buses.

Metro’s fleet of 2,300 vehicles doesn’t have any electric buses. The last one was pulled off the streets in 2015 after less-than-favorable functionality.

BYD is the U.S. subsidiary of Chinese electric vehicle and battery manufacturer BYD Co. Ltd. The company opened its U.S. headquarters in downtown L.A. in 2011 and set up a manufacturing facility in Lancaster in 2013. That facility has grown from 90,000 square feet to 400,000 square feet and together with its downtown office employs 700 people.

In the L.A. region, BYD has provided 10 buses to Long Beach Transit and four each to Palm Springs and Anaheim.