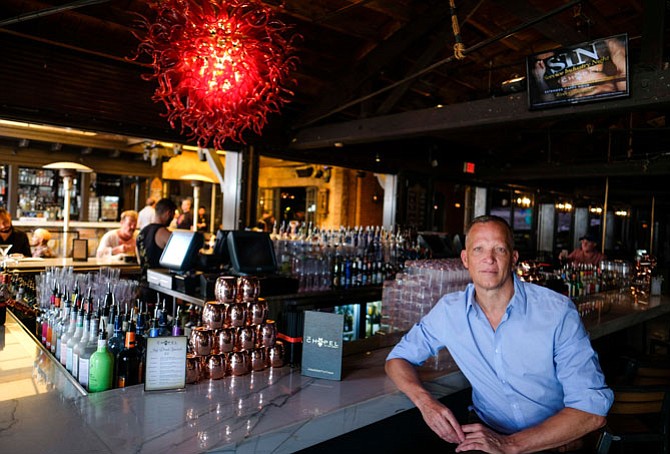 David Cooley says a crowd of a thousand or so people spills out onto the street on weekend mornings in West Hollywood when his famous gay nightclub the Abbey Food & Bar closes at 2.

Some still have time and money to spend.

That’s why Cooley supports a proposed state Senate bill that would allow bars, restaurants and nightclubs to serve alcohol until 4 a.m.

“Increased liquor sales, more employment, more tax revenue – it’s a true win all the way around,” said Cooley, who added that his nightclub makes 60 percent of its sales from alcohol. “It’s time for West Hollywood and California to come out of Prohibition and catch up with other cosmopolitan cities and join the game.”

The move would hold the potential to increase revenue at a time when the minimum wage is increasing, bringing a significant hike to overall costs.

But not everyone in L.A.’s hospitality industry shares Cooley’s enthusiasm for the bill, despite support from a state trade organization and ridesharing companies.

“I think some people are a bit naïve to think that more hours equals more profit,” said Salar Sheik, owner of Sawtelle-based Savory Hospitality Restaurant Consulting. “There’s only a certain amount people can consume in a 24-hour period.”

More hours open also would mean more hours worked, so labor costs would increase, which in turn would increase the premiums on workers’ compensation required by the state, said Michael Peattie, an insurance broker at Santa Monica-based Tegner-Miller Insurance Brokers who specializes in restaurants and bars. Liability and other insurance costs would also increase.

While details of the legislation are still being worked out, it won’t result in all businesses automatically being allowed to serve alcohol until 4. Many L.A.-area restaurants and bars are required to have a conditional use permit that dictates operating hours, and they would likely have to appeal to get it changed to remain open longer.

California restaurants and bars have been required to stop serving alcohol by 2 a.m. since Prohibition ended in the early 20th century, although they don’t necessarily have to close at that time.

State Sens. Scott Wiener, D-San Francisco, and Joel Anderson, R-El Cajon, who represents an area east of San Diego, introduced the bill in February, saying that it would give municipalities more control. Sen. Ben Allen, a Democrat who represents L.A.’s Westside, is a co-author.

Supporters have noted that California is behind some other states and cities when it comes to last call, including New York, where it’s 4 a.m., or Miami, where it’s 5 a.m. Businesses in Chicago can apply for a late-hour liquor license that allows them to serve until 4 or 5, depending on the day of the week.

“L.A. is the most restrictive – it has the most barriers to compete compared to New York and Chicago,” said Wen Yeh, who owns five local restaurants and bars, including West L.A.’s Neat and Bru Haus.

Yeh estimated that serving until 4 could increase sales at one of his businesses by 30 percent a day.

Restaurant consultant Eddie Navarette, who owns downtown’s FE Design & Consulting, said the proposed legislation, SB 384, is likely to pass. Also called the Local, or Let Our Communities Adjust Late Night, Act, the measure has been approved by the Senate and is making its way through the Assembly.

Local entities that have formally registered their support with the state include the Los Angeles Area, LAX Coastal and West Hollywood chambers of commerce. Outside of Los Angeles, the bill has been supported by the Sacramento-based California Restaurant Association, the city and County of San Francisco, the city of Oakland, Lyft, Uber, and the California Teamsters Public Affairs Council, among others.

Some of those in opposition argue that allowing alcohol to be served later is a threat to public safety and could burden local law enforcement. They include the California Alcohol Policy Alliance, Coalition to Prevent Alcohol-Related Harms in LA Metro, County of Marin Board of Supervisors, Mothers Against Drunk Driving as well as the San Diego Police Chiefs and Sheriffs Association.

Modifying a conditional use permit would require local law enforcement to sign off, said Navarette, which would help weed out any irresponsible operators.

About 40,000 establishments across the state would be eligible to take advantage of the later hours, according to the bill.

In addition, changing a conditional use permit with the city of Los Angeles might cost around $14,000, Navarette said. Hiring someone like him to facilitate the permitting process could cost between $10,000 and $20,000.

Then there are insurance costs. The more money a business makes from alcohol sales relative to food sales, the higher their premiums because of a perceived increase in risk, said Tegner-Miller’s Peattie.

“I’m talking about overpouring, intoxicated patrons leaving and getting behind the wheel and putting others, along with themselves, in danger,” he said in an email.

Peattie estimated that a 2,500-square-foot restaurant generating $1.5 million to $2 million in annual revenue, at least 60 percent of which came from alcohol sales, might pay around $20,000 annually for insurance, including workers’ comp, general liability, liquor liability, assault and battery, and property insurance. That could increase by 15 percent to 20 percent if a business serves alcohol until 4.

“There is also the increased chance of bar fights and confrontations with bouncers or security guards,” he said. “(These are) all examples of situations that can result in liability claims.”