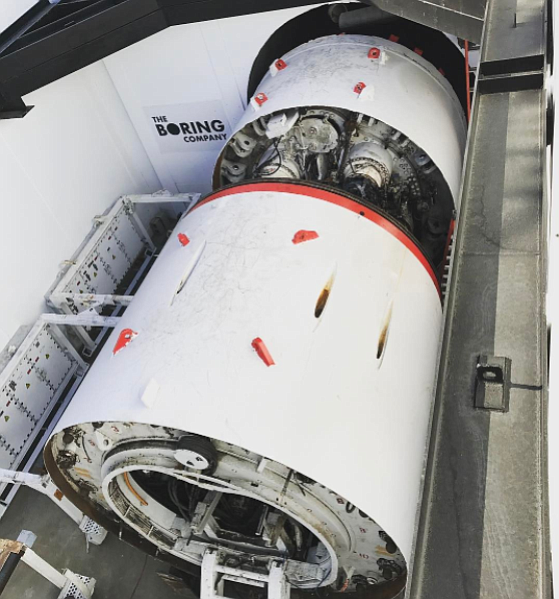 Musk claimed on Twitter that a hyperloop system could travel between the two cities in 29 minutes. He did not specify what government agency gave his Hawthorne-based transportation company permission to burrow under three states and multiple cities in the path of the proposed route. Stops along the track would include New York, Philadelphia, Baltimore and Washington, D.C., he said.

However, New York Mayor Bill de Blasio was apparently uninformed of any tunnel approval, according to a tweet from his press secretary, Eric Phillips.

“This is news to City Hall,” he wrote. “The entirety of what we know about this proposal is what's in Mr. Musk's Tweet. That is not how we evaluate projects of any scale.”

Though he has yet to clarify what sort of permission the Boring Co. has to dig, Musk later Tweeted: “Still a lot of work needed to receive formal approval, but am optimistic that will occur rapidly.”

Boring Co. started cutting a tunnel in May in the parking lot of SpaceX’s Hawthorne headquarters, a precursor to a tunnel Musk has said he envisions extending from Los Angeles International Airport to Sherman Oaks.

Municipal officials in Santa Monica, Culver City and Los Angeles told the Business Journal in May they were not aware of any paperwork having been filed for such as tunnel.

“We can either give up hope & sit in traffic hell forever or try something new,” he wrote on June 8. “The odds of success may be low, but they're better than zero.”