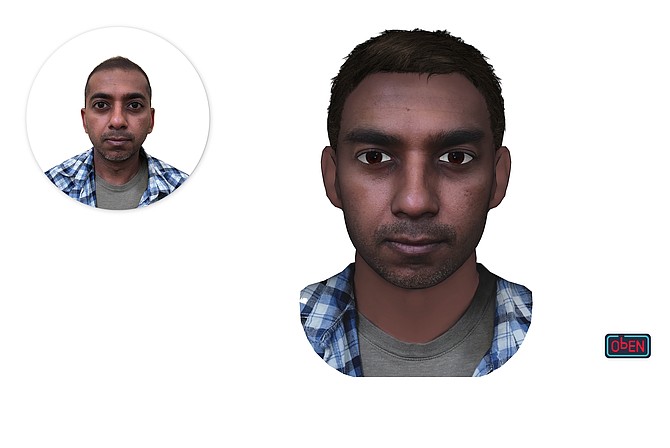 An avatar generated by Pasadena's Oben.

The company envisions using its technology to reproduce celebrity avatars with which fans can interact. Oben last month announced the formation of AI Stars, a joint venture with S.M. Entertainment, an Asian entertainment company that works with a number of K-pop celebrities.

“Fans may never have a personal experience with their favorite celebrity, but Oben’s Personal AI for celebrities aims to change that,” Nikhil Jain, co-founder and chief executive of Oben, said in a statement. “Imagine being able to perform a virtual duet with your favorite artist, have your beloved movie star become the face and voice of your virtual assistant, or engage in a deep conversation with your most admired influencer.”

Li Ruigang, chairman of CMC and Fengshion Capital of Hong Kong, also invested in the company’s $5 million round along with Shenzhen, China-based Tencent, according to Oben. This brings the company’s total funding to more than $13.7 million.