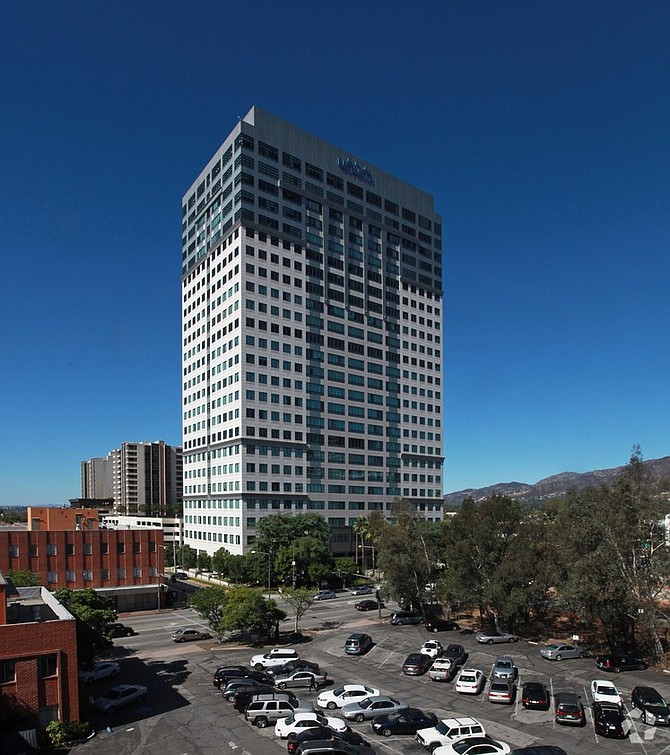 A 25-story office tower in Glendale was sold on Tuesday for $179 million, according to a source familiar with the deal, a steep discount from its prior sale about a decade ago for $215 million.

The buyer, real estate investment firm DivcoWest, confirmed its acquisition, though not the price. The company purchased the Glendale Plaza building for $327 a square foot from Prudential Financial Inc., which had picked up the property in 2006 – a boom time in L.A. real estate before the financial crash.

The deal comes a day after Divco, based in San Francisco, finalized its purchase of a Santa Monica office building for $52.5 million, bringing its total L.A. footprint to over a million square feet including offices in El Segundo and Playa Vista.

The Glendale site, on North Central Avenue near the 134 freeway, appealed to Divco for its proximity to the city’s shopping and apartment hubs, the company said.

“Developers like Rick Caruso have created a powerful sense of place in Glendale with visionary retail and residential developments like Americana at Brand,” Michael Provost, Divco’s managing director, said in a statement. “We like what we see in terms of the creation of a live-work-play environment.”

Glendale Plaza, built in 1999, counts DreamWorks Animation, an NBCUniversal subsidiary, as one of its largest tenants, according to the CoStar real estate database. A spokeswoman of CBRE, which represented Prudential in the sale, said the building is 95 percent leased.

Divco plans to spruce up common areas in the 547,300-square-foot building and aims to eventually capitalize on rents that have been steadily creeping upward in the submarket, the company said.

However, Glendale took an unexpected hit this month when Nestle USA announced it would pull out of its headquarters there, leaving behind 378,000 square feet at 800 N. Brand Ave. A couple of floors have since been leased to Children’s Hospital Los Angeles, already a tenant in the building, but backfilling the rest of the space may take time. Nestle plans to finish its relocation by the end of 2018.

Editor's note: This story was corrected from an earlier version with the correct price per square foot of the Glendale Plaza sale.