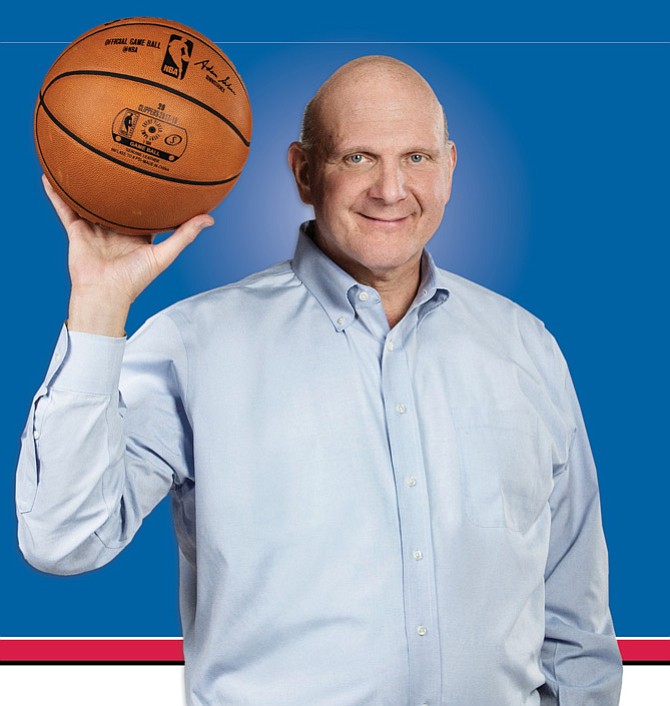 The L.A. sports scene seems to have turned a corner. What’s that about?

Obviously a surge in teams [with the addition of two NFL franchises in the past two years] leads to a surge in energy. Thank goodness L.A. County is as big as it is, because you really do have such a large presence of spectator sports with the professional basketball, football, baseball, hockey and soccer teams. Throw in USC and UCLA – they’re football and basketball programs – and it’s a lot of teams. So it’s a good thing there are a lot of people.

Did anything surprise you when you became part of the scene?

It’s weird to me to have two professional teams in each sport. [It’s not like Seattle or Detroit, where I grew up, with everyone behind the one team.] You have a different kind of energy here, where people pick their local favorite – I think that adds energy. And all of the teams here are pretty serious. The Chargers are coming on now – in addition to the Rams, who have the history here. The Clippers have definitely come on compared with the Lakers as the historical team in L.A.

How do the Clippers fit into the scene?

Clearly we have never won a title. Nor, frankly, have we gotten very deep in the playoffs. We have been a very good team over the past five years. And we have rebooted a bit more recently, with Chris Paul leaving. What I want to do with our image, our brand, is to appeal to people who are really die-hard fans – a gritty, hardcore fan base. We have a lot of fans who hung in there with Clippers’ teams that were not very good. I really appreciate that—and that’s the hardcore. I’m not saying we’re the Bad Boys like the old Detroit Pistons. I think we’re more of a challenger brand. With a challenger brand you’ve got to work harder, prove yourselves more.

Can you do that playing in the same arena as the Lakers?

The Staples Center is a great place. We dress it up pretty nice [for Clippers games]. But I think people see a little bit that it’s the Lakers home – and we play there, too.

How would that change if you had your own place?

We’re working on our own arena – which would be very much our own. It would be just basketball – not hockey and basketball. It would be a better fan experience, and the economics would be just as good. Look at Portland or Utah – those are arenas that are basketball-only, and they’re much more intimate than arenas with hockey. And Staples is a great place, but we play on the undesirable nights and we have a tougher schedule because of the way the contract was written. Who wants to play on Monday night against Monday Night Football all the time?

What’s the secret to a successful franchise here?

I think you have to be committed to winning—which means something. You have to take both a short-term and long-term approach. You have to invest with seriousness about whether you go hard on the draft or hard on free agency – or both. You have to be serious about the way you build the team and that will build the team. There’s a reason why we separated the front-office role from the coaching role [earlier this year.] There’s a reason why we brought Jerry West in as a consultant. You’re going to step forward sometimes, and sometimes you’ll step back, but you always have to be committed to getting back on the right path.

Are there untapped revenue streams or opportunities you see down the road?

We don’t sell suites or naming rights at Staples. That’s something we would do at a new stadium. Meanwhile, we need to transform the experience for viewers at home. What is it worth to have a season ticket [via cable TV telecasts] at home? If you’re a hardcore fan, how can we enhance that experience for you? [Right now were working on that with a company in Little Tokyo called Second Spectrum – full disclosure: I’m an investor].

The national championship game with [University of Texas led by quarterback] Vince Young [in the 2006 Rose Bowl]. I know it was a losing game for USC, but it was probably the most exciting sports event I’ve ever seen.