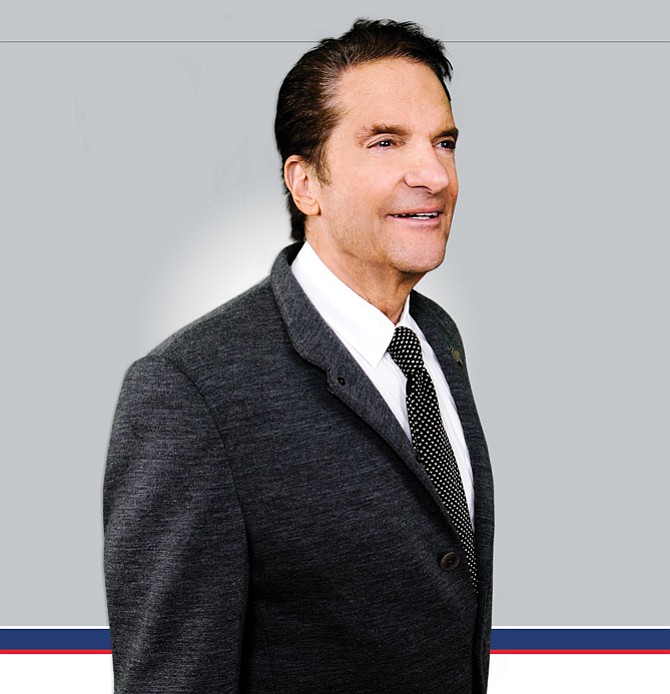 What about all the distractions in L.A.?

Yes, the internet gave rise to a different kind of audience. What’s happened is that with the blossoming of the internet and the large array of audiences that utilize that as their main source of connection and their main source of entertainment – that is competing very ferociously against motion pictures and other kinds of entertainment. But despite the enormous number of hours registered by the internet audience, they’re human beings and they crave a contact with other human beings in person. Live entertainment has a particularly unique value. You can’t get the Packers-Cowboys game unless you’re watching or there.

Was the World Series compelling on all platforms?

Baseball is a particularly good narrative sport because it has interregnums – spaces in between the activity for the story to be told and retold, reworked, explained, given meaning. Human beings crave meaning, and that’s what they get in baseball.

Is there room for growth in engaging the audience in the arena through digital media?

Yes. This isn’t the end, this isn’t the middle, it’s not even the beginning. It’s the beginning of the beginning. You have to remember they come to the stadium addicted to this [phone.] So when you consider that you want to feed them what they crave and can use and is purposeful and meaningful, this is the tool to do that.

It’s not a distraction?

When you think of this as the second screen in the stadium, first being the live experience, and you fold in everything that you can with the tech – [that] further deepens the resonance of the audience in terms of being a participant, not a passenger. They can pick and choose what want to do – they can become the director and producer of their experience. You’re giving them the tools to enhance that – that’s what really made this whole business much more robust.

Will that be a part of the new LAFC stadium?

We’ve been deeply involved with Google directly on a whole data process, deeply involved with providing the audience with tools [they can utilize for] their story telling experience. At the end of the day, all the digital 0s and 1s won’t get you. You still need the oohs and ahhs. We’re all analog, we have to relate to it in a physical and emotional way – we have to be wowed.

Are the owners of L.A.’s sports teams a close-knit group?

I’ve been in this business a long time. I’ve come to the conclusion that you’ve got to be a fisherman, not a catcherman. You’ve got to do that with people who have other products, who are in other businesses [and] in your business.

I was (at Dodger Stadium) in ’88 – Kirk Gibson. I was disappointed that the team wasn’t playing that well, so I decided to go home in the eighth inning. I came out of my seat and I’m in the parking lot and I hear this noise I’ve never heard in my life before – it was like air being sucked in and air being sucked out in the same moment. Kirk Gibson hit the home run – and I’d missed it. I missed it. I’d come all that way to see some event and realized that I’d left in the last half of the third act, thinking they weren’t going to do it. And now, if someone says it’s really time to leave, I say “Maybe … Maybe not.”