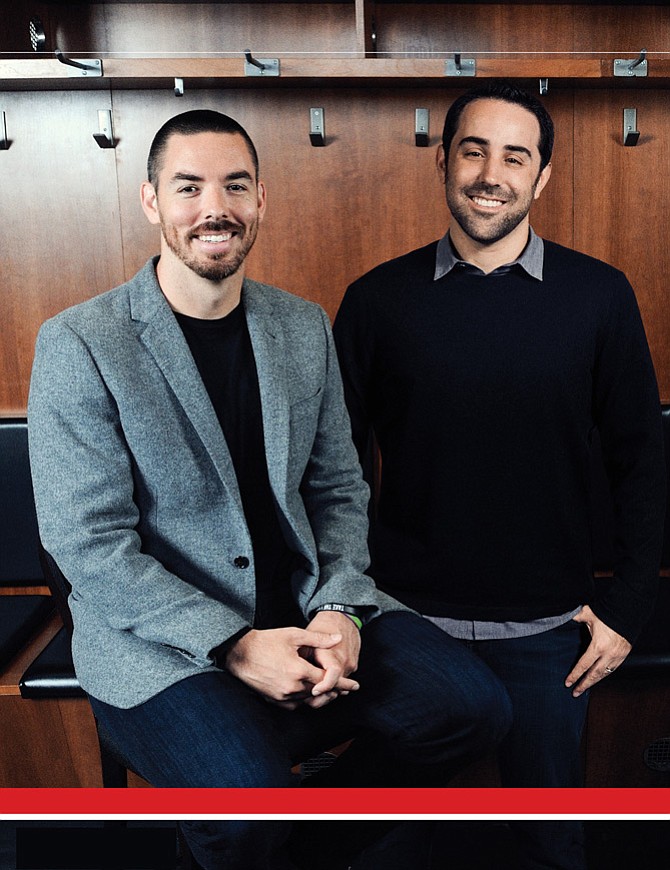 Why is this such a dynamic moment for the L.A. sports scene?

Beck: L.A. is just a really exciting city. I think a good part of it – as it relates to e-sports – is that L.A. not only has a lot of fans, but it happens to be home to a bunch of professional players and a couple leagues.

E-sports allows players to compete remotely. Does that present special challenges in developing it as a spectator sport?

Merrill: There are a couple things that are misconceptions about online games in general. Even though, in the U.S., one of the primary ways people play is at home on their PC, the whole reason online games are so popular is that you are playing with other people. So they are inherently incredibly social, and gamers who play online love to connect with people who share their passion for these games in the same way that [traditional] sports fans who have an affinity for a game or a sport love to go connect with people who share that passion. E-sports essentially is a manifestation of that passion, and tech has advanced in such a way – and online games and companies and the ability to deliver great service and build effective leagues that are better for fans to follow have matured in such a way – that they galvanize the type of support that has been online into the offline arena as well. There are millions of people all over the country and all over the world who share the passion, and so the numbers are quite sufficient to drive a viable business built around spectating.

What about becoming a spectator sport enlarges the community?

Beck: I think a pretty important part of the story [is that e-sports] has really been enabled to hit an inflection point with the advent of streaming. Streaming made it possible to build a substantial audience – all over the world – of people who had a passion. Some of our very first events coincided with companies like Twitch being born, and [that brought the [ability] to [show] those events to everyone around the world without having to have broadcast deals or anything else when there was not justification for that [at the time]. It enabled e-sports to build a community.

Merrill: [The] desire for fans to watch competitive video gaming, and to watch the best players, has been around for a long, long time. It was just a niche, so previously people would download replays on subscription-service websites, so essentially they would be watching replays. [They were] essentially [enthusiast sites] for hardcore people, because you had to have the game installed. It had a solid community, but the viewership couldn’t expand beyond that until a couple things happened. One, as Brandon mentioned, was the advent of streaming to make it more accessible and viewed on a variety of devices, whether it was a PC or phone. [Another was] publishers like ourselves and Blizzard would make the effort to make the game more viewer friendly. And then some of the innovation around the league. [Now] players and fans know who the teams are, know when they are playing – there are repeatable time slots so they can build relationships with the franchises, with the players. They know they have a story, and that’s a bit of a novel innovation over the last couple of years, where, historically, e-sports was really only in the realm of tournaments, so they would exist like a track meet or a wrestling meet, where there was no season to follow. Unless you were an incredible enthusiast, you didn’t know who was on teams, and the production values weren’t that great and the schedules were often late, so it made it harder to watch. Now, that’s no longer the case.

Will it become important for the various leagues to adopt some common structure globally?

Beck: There are now 13 [Riot-sanctioned] leagues around the world. And each of the leagues – in [South] Korea, in China, in North America – have different structures, and are still evolving and trying new things, and have different relationships with the teams. So the answer is that it kind of depends and it’s sort of figuring itself out. It’s evolving now.

You and Marc are both part of the Los Angeles Football Club’s ownership. How did that come about?

Beck: It was a really exciting opportunity to be a part of great group of investors and build an exciting tradition.