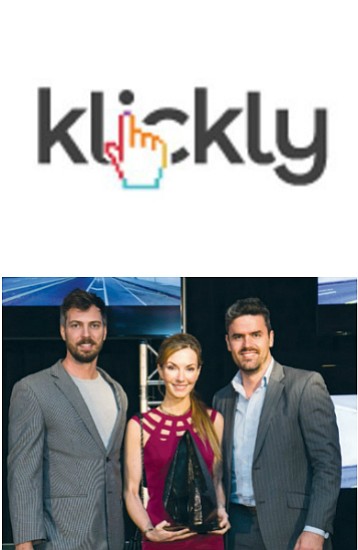 Klickly’s proprietary technology is the first and only platform that lets people purchase (with one touch) directly within ads, emails, and social media. The Los Angeles based company’s “smart,” impulse payments protocol enables purchases directly within digital interfaces.

In short, Klickly has implemented a smart, impulse-payments solution for in-advertising experiences. Premier publishers, brands, agencies, and influencers use Klickly’s buy button technology to hyper-charge and commerce-enable their marketing messages.

The world’s first and only “smart” AI-powered button that lets people complete entire purchases (and other CTAs) directly within ads, emails, social media, and websites, Klickly functions equally well on mobile or desktop without ever leaving the page.

Klickly will likely change how commerce happens. Using its AI-powered buy button allows users to impulsebuy the products they want, wherever they find them. For example, presented with an ad, users click “Buy Now” within the shopping-cart-like UI of the Klickly ad. They then confirm their purchase/info with the click of a button and complete the transaction. An email confirmation with merchant info is auto-sent, and the order is sent to the brand for fulfillment.

What PayPal did for EBay, Klickly does for marketing - a “buy” button on every message. The bonus with Klickly is that this buy button creates a detailed, private profile of each user such that brands’ messages are delivered when and where they’re wanted.