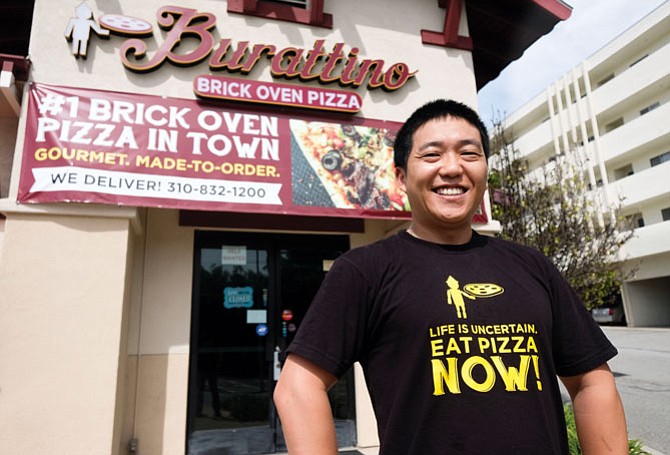 Although they come from all over the world and have different backgrounds, immigrant entrepreneurs tend to share certain traits.

One is a willingness to take risks, said Kate Brick, director of state and local initiatives at New American Economy, a nonpartisan immigration reform advocacy group in New York.

“Immigration itself is a very entrepreneurial act,” Brick said. “It takes huge risk to move somewhere completely new where you don’t speak the language. Given that starting a business is a risk-taking endeavor, there’s an alignment between these types of people.”

Immigrants to the United States are more than twice as likely as those born here to be entrepreneurs, according to a study published in 2012 by New American Economy, which was co-founded by former New York Mayor Michael Bloomberg and media mogul Rupert Murdoch.

This is especially true in Los Angeles County, which contains the largest populations of some nationalities outside of their home countries. According to a report published in February by New American Economy and Los Angeles Area Chamber of Commerce, more than half of L.A.’s self-employed residents were immigrants in 2014. Their businesses collectively generated $7.2 billion, or 41.7 percent, of self-employed income in the county that year.

Sometimes immigrants are forced to take the risk of starting a business just to survive, said Alfred Osborne, a professor and senior associate dean at UCLA’s Anderson School of Management.

“They have the mind-set of, I came all the way to this country; what am I going to do?” Osborne said. “How am I going to take care of myself? How will I make enough money to help my family and bring them to the United States?”

Lee Kim had these questions in mind when he moved with his wife and child from Uzbekistan to Los Angeles to compete in mixed martial arts professionally around 2013. The South Korea native found work at a Palos Verdes pizzeria, where he worked for more than three years without taking a day off. He bought the business in March of last year. Emil Chiaberi, a longtime customer, put up the cash and gave Kim a 50 percent stake to run the operation.

Kim, now 33, said he was able to implement ideas he had suggested to his former boss, who told him using exotic ingredients such as wild boar meat and other proposals would cost too much money.

“Nobody is going to do my own ideas,” he said. “I have to do it. Business is a lot of risk. Not many people want risk. They want to go to a 9-to-5 job. I understand, but for me, that’s not enough.”

Another quality that immigrant entrepreneurs tend to have is persistence, analysts said.

When Rami Rostami dropped out of Cal State Northridge during his last semester in 1986 to start a company, there were naysayers.

“People said there are bigger companies out there; you’re crazy; you’re not going to be successful,” said Rostami, 52, who escaped the Iranian Revolution in 1979 as a 10-year-old boy and moved to Ohio on his own.

He didn’t listen. Instead, he founded Simi Valley-based Technocel, which makes and sells wireless accessories. He is also a managing partner at Tylt Ventures, a Santa Monica venture capital firm he co-founded.

The challenges he faced in making a life for himself in a new country prepared him for the business world, Rostami said.

“Being an immigrant, you always have to prove yourself in a new environment,” he said. “You either have to be as good or better as everyone else. That level of commitment always helps entrepreneurs.”