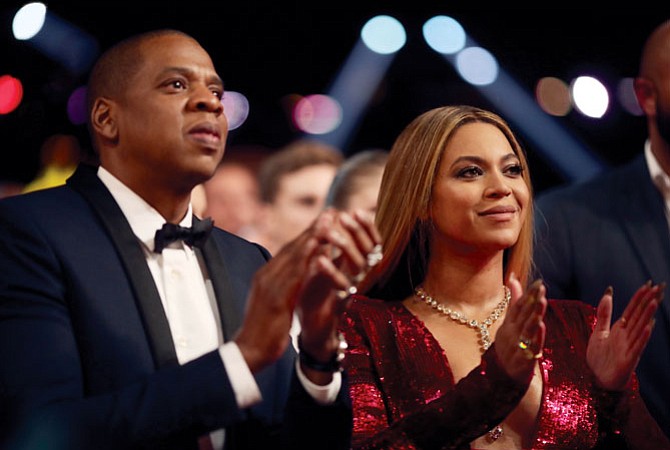 THE MONEY: Beyoncé’s self-produced album “Lemonade” was the No. 3 selling album of last year. Queen Bey kept her fans buzzing with a 49-stop world tour that grossed $256 million. The couple are co-owners of streaming music service Tidal, which sold a 33 percent stake to Sprint for $200 million in January. The ownership group also includes Madonna and Kanye West. Tidal was purchased from Aspiro for $56 million in 2015 and is now valued at $600 million. Jay Z also owns entertainment company RocNation and sold the rights to fashion brand Rocawear for $204 million in cash to Iconix Brand Group in 2007.

THE BUZZ: With 5-year-old daughter, Blue Ivy, attending school in Los Angeles, and twins on the way, Jay Z and Beyoncé have been looking to put down permanent roots on the West Coast and are reportedly in the market for a megamansion. The power couple remained unusually silent throughout the election until they produced a get-out-the-vote video with Chance the Rapper. Just days before the vote, the Carters organized a rally for Hillary Clinton. Beyoncé took home two Grammys for “Lemonade” but lost out on Album of the Year honors to Adele.