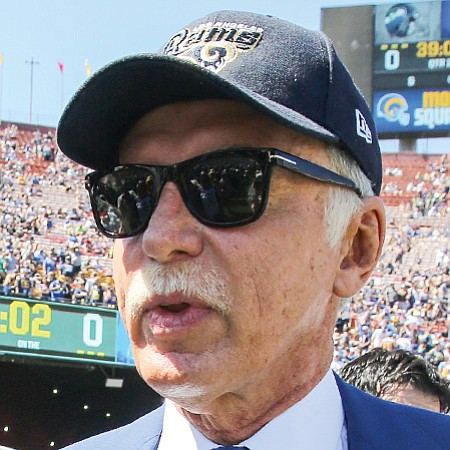 Stan Kroenke became principal owner of the St. Louis Rams in 2010, and then led the effort to return the team to Los Angeles after a 21-year absence. He serves on the National Football League’s Broadcast Committee and is the majority shareholder of Arsenal FC (Premier League), London’s storied football club. He also owns the National Basketball Association’s Denver Nuggets and the National Hockey League’s Colorado Avalanche. Kroenke’s Denver-based Kroenke Sports & Entertainment owns the Colorado Rapids of Major League Soccer and the Colorado Mammoth of the National Lacrosse League. He also has built a media presence, launching the Altitude Sports & Entertainment network in 2004. The 24-hour regional sports network is home to the Nuggets, Avalanche, Mammoth, and Rapids, and also produces the Rams’ preseason TV broadcasts.