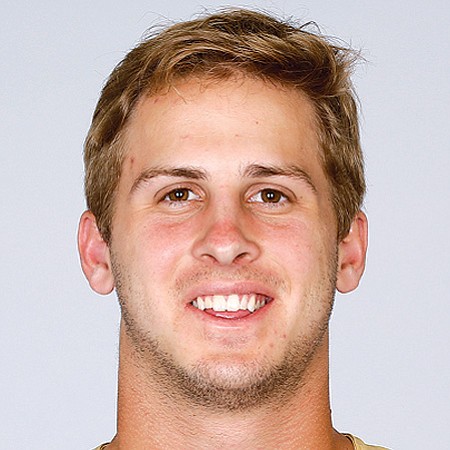 After becoming the No. 1 overall selection in the Nation Football League draft when the Los Angeles Rams made him the first pick in April 2016, Goff has become the face of the Rams as they made their return to Southern California. Goff, whose father was a Major League Baseball catcher, attended Marin Catholic High School in Marin County. After high school, he played quarterback for UC Berkeley, where he was the only quarterback in school history to have ever started his first game as a true freshman and set 26 Cal records. The two-time team captain is second on the school’s all-time list for passing efficiency behind only Aaron Rodgers. He became the first Cal quarterback to earn first-team All-Pac-12 honors since Rodgers in 2004. Goff played in seven games in his rookie season, throwing for five touchdowns, seven interceptions, and 1,098 yards.