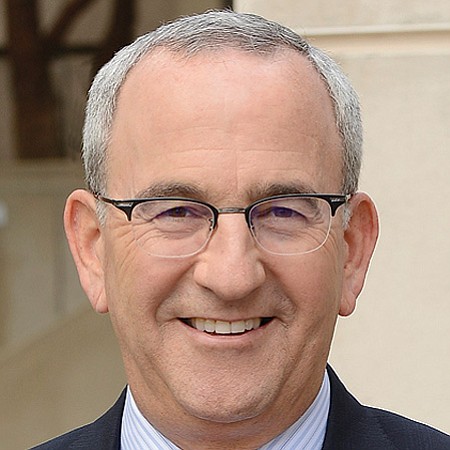 Lloyd Greif founded Greif & Co. in 1992 after a successful decade-long turn as vice chairman of Sutro & Co. Inc., the oldest investment banking firm in the West, where he was head of the investment banking division. Previously, he was a management consultant with Touche Ross & Co. Greif has degrees in economics, entrepreneurship, and law. He endowed the Lloyd Greif Center for Entrepreneurial Studies at USC’s Marshall School of Business in 1997. He is past chairman of the Business Tax Advisory Committee, appointed by Mayor Eric Garcetti and the Los Angeles City Council. He has served on the boards of the Los Angeles Economic Development Corp. and the Los Angeles Police Foundation. He is on the board of California Chamber of Commerce and is a member of the Board of Leaders of the USC Marshall School of Business, a member of both YPO and World Presidents’ Organization, and of the board of Loyola Law School.

Enjoy most: Matching wits with the person sitting across the table from me. There is nothing more gratifying, intellectually stimulating, and emotionally challenging as deal-making and coming through for your client.

Toughest challenge: I launched Greif & Co. in 1992 at age 36 during the worst recession to hit California since the Great Depression, and I didn’t do it with other people’s money.

Proudest moment: Endowing the Lloyd Greif Center for Entrepreneurial Studies at USC’s Marshall School of Business 20 years ago, at age 42, and just five years after I launched my own entrepreneurial venture.

Best advice: There are no shortcuts. I know of no other way to succeed than through hard work, determination, and perseverance.

Most excited: The pace of technological change keeps accelerating.

Bucket list: Visiting Auschwitz, where my father was imprisoned.