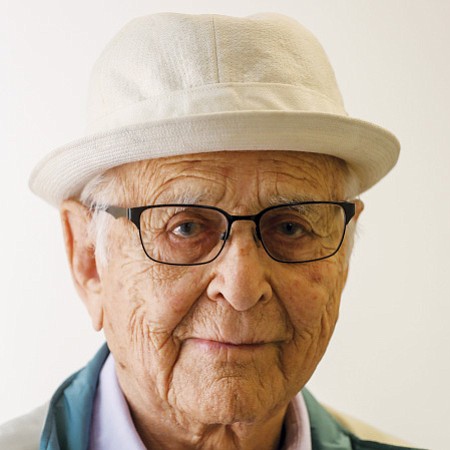 Norman Lear began his television writing career in 1950, going on to create hit shows such as “All in the Family,” “Sanford and Son,” and “Good Times.” Concerned about the growing influence of radical religious evangelists, Lear decided to leave television in 1980 and formed People for the American Way, a nonprofit organization designed to speak out for Bill of Rights guarantees and to monitor violations of constitutional freedoms. Lear’s business career continued in 1982, when Tandem Productions and his other company, T.A.T. Communications, were folded into Embassy Communications, which was sold in 1985. Lear then created and is currently chairman of Act III Communications, a multimedia holding company with interests in television, motion pictures, and licensing. He has also founded the Business Enterprise Trust and the Norman Lear Center at the USC Annenberg School for Communication and Journalism. In 1999, President Bill Clinton bestowed him with the National Medal of Arts.