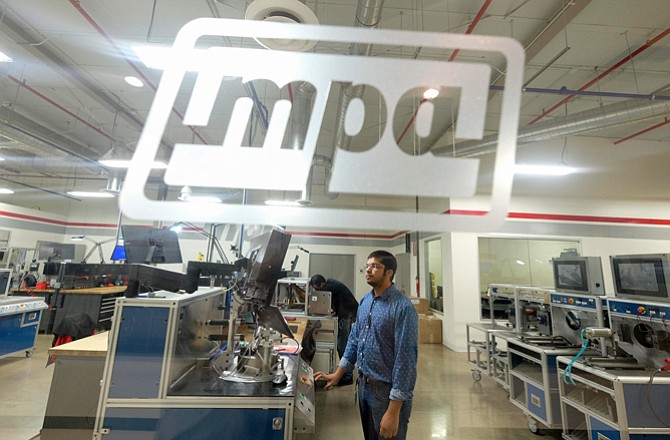 This story has been updated from its original version to include the most recent financial figures for Motorcar Parts of America Inc.

Motorcar Parts of America Inc. is gearing up to expand into the global electric-vehicle market with a recent acquisition.

The Torrance-based company is one of the largest manufacturers in the aftermarket sector of the auto parts industry. It recently picked up D&V Electronics, a Canadian maker of auto-parts testing equipment, as part of a strategy to meet upcoming demands of what the company said is an industrywide drive toward the electrification of vehicles.

“This acquisition will position us to invest in technology and testing equipment that is essential to our long-term goals,” said Selwyn Joffe, chief executive of Motorcar. Terms of the deal were not disclosed.

Motorcar has a market capitalization of $526 million and was No. 76 on the Business Journal’s List last month of the largest publicly traded companies in Los Angeles. The company reported net sales of $421 million compared to $368 million the year before and net income increased to $37.5 million from $10.5 over the same period.

Joffe said the company is setting itself up to meet the demands of a transitioning industry, but Motorcar remains a strong force as one of the largest traditional car part makers and distributors in the United States. It produces more than 8 million units of aftermarket parts a year, according to its website.

Automotive aftermarket refers to a secondary market involving installation, sale and repair of parts after a vehicle has been sold by the original equipment manufacturer. Motorcar’s products are sold across the United States and Canada in retail outlets such as AutoZone and O’Reilly Auto Parts.

The power shift is underway with automakers including BMW, Mercedes-Benz, Ford Motor Co. and General Motors already making electric vehicles slated to hit the road in the next few years. Volvo announced that it would stop selling gas-only cars by 2019.

That doesn’t put a damper on Motorcar’s plans, though, according to Joffe, who said a rising demand for electric-vehicle components is inevitable.

Michael Boehm, executive director of Advanced Transportation Center of Southern California, a resource outfit for the transportation sector in the region, agreed, noting the acquisition appeared to be a good move.

“This isn’t surprising and we may see more moves like this,” Boehm said.

Almost half of all electric vehicles sold in the country are in California, he said.

California is the nation’s largest electric-vehicle market with more than 300,000 cars sold since 2011, according to industry group Auto Alliance.

Motorcar, not to be confused with Mopar – Chrysler’s aftermarket business arm – was founded in 1968 by Mel Marks in Plainview, N.Y. The company relocated to Santa Fe Springs, and then eventually to its Torrance headquarters in 1993.

It manufactures and distributes automotive aftermarket parts that include alternators, starters, wheel hub assembly and brake products, and other auto parts.

Joffe said that the company had not been an active player in the electric-vehicle market and had set its sights on D&V as that company was well-known for its technology.

D&V designs and manufactures equipment for performance, endurance and production testing of electric motors, inverters and belt-starter generators for both the electric-vehicle and hybrid markets. The company supplies to customers in 90 countries and was founded in 1997, according to its website.

“They have a team of scientists and engineers that work on their tech and that was lucrative for us,” Joffe said. “Along with their large customer base, the acquisition made perfect sense.”

Motorcar reported a loss for that period but got $30 million in tax benefits for breaking off the money-losing division, according to Securities and Exchange Commission filings.

“That experience taught us to not invest in turnarounds that don’t have a developed system already,” Joffe said.

Motorcar operates a 231,000-square-foot facility in Torrance, and also has manufacturing and distribution centers in Mexico, Malaysia and China. It has about 500 workers here and 2,800 worldwide.

The D&V acquisition will allow the company to expand its territory overseas, Joffe said.