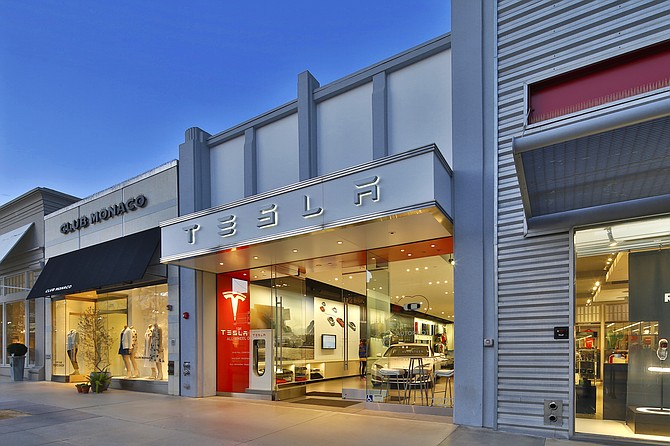 Tesla Motors’ sleek storefront on Santa Monica’s Third Street Promenade has sold for about $15.6 million, or roughly $5,200 a square foot, to the same company that purchased the Promenade’s Apple store in 2014.

Bower emphasized that the appeal of the site was tied to the location rather than Tesla, Elon Musk’s headline-grabbing electric car company, which will continue to lease the location.

“It’s a sexy tenant … but I think it’s more about the real estate,” Bower said. “Being able to own on the Promenade is a pretty rare thing.”

Most Promenade landlords hold their property for long periods, given that the area ranks high among retail sites across the West Coast. The Tesla storefront previously sold for $2.8 million, or $1,042 a square foot, in 2006, according to public property records. Tesla outfitted the narrow space to showcase its luxury autos in 2012 after taking the site over from Arcadia Books.

Despite the quickly soaring Promenade rates, they are still dwarfed by sales on the elite shopping streets of Beverly Hills. The Bijan store on Rodeo Drive sold in July for $122 million, or $19,405 a square foot.

KLM also owns the TCL Chinese Theatre in Hollywood, a strip of storefronts on Abbot Kinney Boulevard in Venice, and a Citibank storefront in Santa Monica.