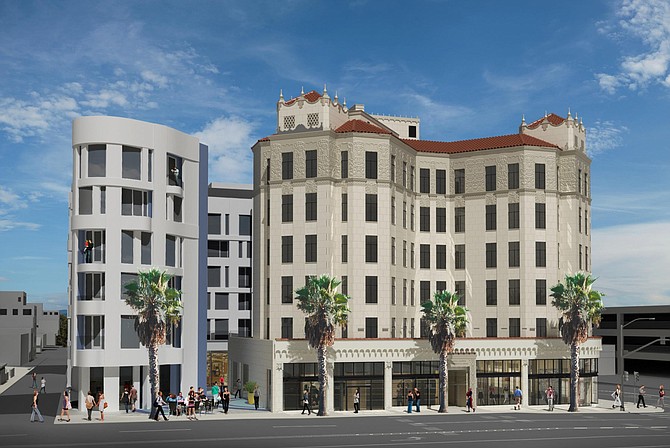 Construction has begun on a 271-room luxury hotel and retail complex on Wilshire Boulevard and 7th Street in Santa Monica, according to the Kor Group, the real estate investment and management group developing the property.

The project, called Santa Monica Proper, will renovate the existing Santa Monica Professional Building; a six-story Spanish Colonial Revival built in 1928, and add on a new seven-story building designed by architect firm Howard Laks. It is expected to open in late 2018 or early 2019.

The property is owned by developer Alex Gorby and is being financed through the Merchant Banking Division of Goldman, Sachs & Co.

The hotel will be managed by Proper Hospitality Group, which is also working with the Kor Group on turning another historic property at South Broadway and 11th Street in downtown Los Angeles into a hotel.