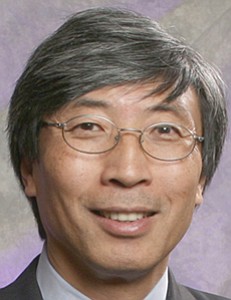 Patrick Soon-Shiong, the wealthiest person in Los Angeles spent the week before Thanksgiving stocking up on more tronc shares.

According to data from Bloomberg News, Soon-Shiong’s stake stands at more than 5.5 million shares, about 15.2 percent of the common stock. His position is still second to Merrick Venture Management Holdings, the investment vehicle of tronc Chairman Michael Ferro, which has a 17.7 percent stake. L.A.’s Oaktree Capital controls 4.7 million shares, about 12.9 percent.

Soon-Shiong, whose net worth was estimated at $15.4 billion in May, has been rumored to have an interest in acquiring the Times, especially since a deal between Gannett Co. and tronc fell apart earlier this month.

Soon-Shiong could not be reached for comment on the additional purchases.