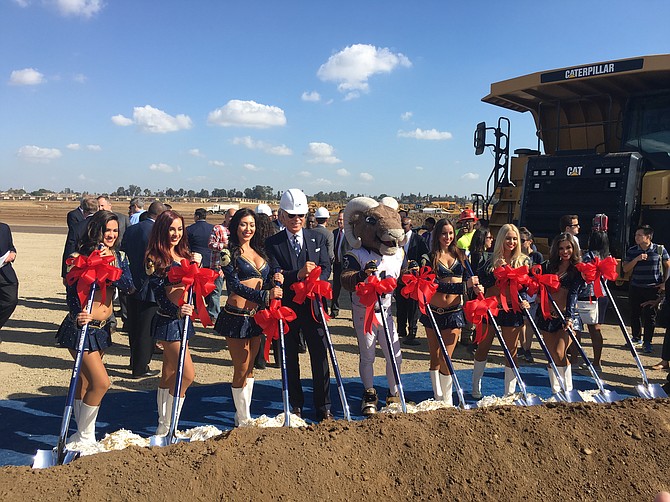 Groundbreaking ceremony at the new location of the Ram's stadium in Inglewood. Photo by David Nusbaum

Rams owner Stan Kroenke, NFL Commissioner Roger Goodell, and Inglewood Mayor James Butts made remarks at the ceremony. The stadium is expected to be completed for the 2019 football season and will host the 2021 Super Bowl.

Kroenke noted that the project will ultimately move 8 million cubic yards of dirt to make way for the stadium and its retail, residential and office components.