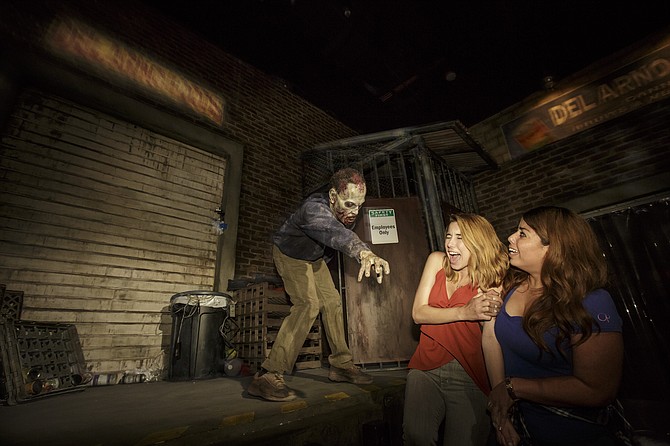 Zombies and wizards are drawing an unexpected audience to Universal Studios Hollywood this year: millennials.

Young people ages 18 to 34 are the largest group of visitors driving a big spike in attendance at the Comcast-owned amusement park, according to a new study released today by social media location platform Foursquare.

The introduction of new attractions based on popular TV shows and films such as “Harry Potter” and “The Walking Dead” have helped lift attendance in recent months. The park has undergone a massive transformation the past five years; 75 percent of its lot has been overhauled in an effort to create an entirely new, revitalized experience for visitors, according to the company’s press materials.

The investment seems to be paying off.

“Universal tapped into the characters and stories that millennials love,” Jeff Glueck, chief executive officer at Foursquare, wrote in a report released Thursday. “It’s growing far faster than the industry, thanks to their new attractions and innovations.”

Earlier this month, Universal opened its new “Don’t Open, Dead Inside” daytime attraction based on AMC’s popular television series, “The Walking Dead.” The show – which ranked No. 1 on television among adults ages 18 to 49 for the past four years, according to Nielsen – also led to a 35 percent surge in millennial attendance at the park compared to the week prior.

Its “Wizarding World of Harry Potter” attraction drew in even larger numbers: 63 percent more millennials came to the park when it opened on Apr. 7 than the week prior.

Foursquare projects at least a 10 percent increase in market share for the park overall by year’s end.