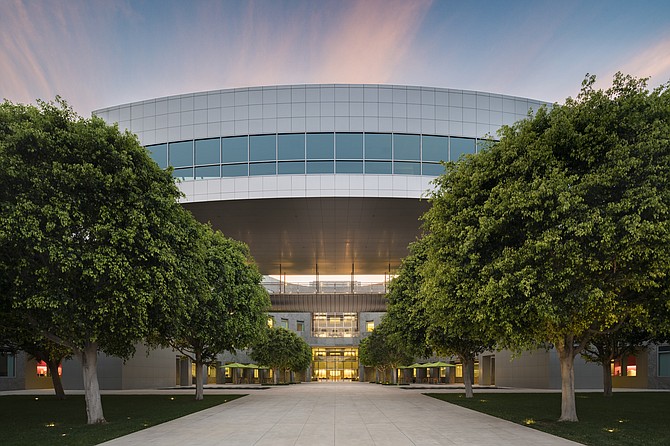 Fandango is moving its headquarters to larger digs in this Beverly Hills office building.

Fandango is making moves to bulk up.

The online movie-ticket seller just signed a lease for a new space in Beverly Hills that is about twice the size of its current headquarters in West L.A.

Fandango will relocate from 12200 W. Olympic Blvd. to the top two floors at 407 Maple Drive in Beverly Hills this summer, the company said in a statement.

Fandango's current office has 50,000 square feet, a source close to the deal said, while the new digs are about 97,150 square feet, according to CoStar. Fandango didn't provide the terms of the new lease.

“It provides enough space to accommodate the company’s rapid expansion,” said David Toomey, a principal at Cresa who represented Fandango in the deal.

The space in the Tishman Speyer-owned property was previously occupied by Fox Interactive Media. Tishman Speyer’s John Ollen and Patrick Nally represented the company in the deal.

“With the addition of Rotten Tomatoes, Flixster and our new video on-demand service, FandangoNOW (formerly M-GO) to our Fandango digital portfolio, it was time to find a new office space for our expanded workforce,” Fandango President Paul Yanover said in a statement.

Tishman Speyer will soon be looking to fill another big vacancy in Beverly Hills. Netflix Inc. will leave its current home at Tishman Speyer’s Maple Plaza next year when it moves into the 14-story Icon building in Hollywood, a Hudson Pacific Properties project set to soon finish construction.