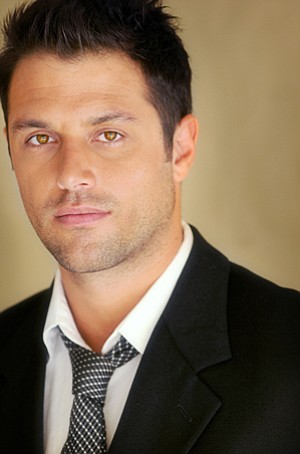 Both Sabin Lomac and Jim Tselikis, cousins and co-founders of Cousins Maine Lobster, fell into the food business by accident. Lomac, who was working in real estate at the time, said the plan was to start a Cousins Maine Lobster food truck as a side business with the goal of making $10,000 a year. Then ABC’s “Shark Tank” came calling, and the rest is, well, history. The two signed a deal with Barbara Corcoran on the reality show and now have 18 food trucks in 11 cities nationwide, shipping all of their lobster from Maine. They also opened a restaurant this summer on Santa Monica Boulevard in West Hollywood. While on track to generate $15 million in sales this year, Lomac said he and Tselikis are working on a new apparel line. Lomac recently spoke with the Business Journal about his work, giving back and lessons learned from his childhood.

Maybe 60 percent of the time I’m in Los Angeles. The other 40 percent I’m traveling. Assuming I’m in Los Angeles, I wake up, and I jump in the shower. I change, and I’m gone in 10 minutes. I get to the office around 7:30 a.m. I don’t cook at home. I’ll go out and get a coffee and something from Starbucks, a muffin. Then, just come in and begin working right away.

What does a typical work day look like for you?

We have morning meetings. We have a franchise coordinator here. We’ll go over news and what’s going on with the franchises. We have a social media director now who handles all the social media. We go over everything with her. We have a public relations director, then just miscellaneous things that I’ll go over with my partner, Jim, my cousin. From there, I get into my personal work. There’s really no end in sight. We work a lot, 10- to 15-hour days pretty much every day, but we’ve been doing that for a couple of years, and that’s the secret. People always want to know why are you successful. We really work hard, and we care about what we do.

How do you maintain work/life balance?

This last couple of years it’s been a moderate challenge to maintain that balance, but we make sure that if one of us is getting burned out more than the other to make sure they take time out. Vacation, a night out, whatever it may be, working out, getting outside. I like to surf. I like to go to the beach. I like to turn my cell phone off and unplug. I think family is also a huge part, having the support of your family, spending time with them. I don’t have any children of my own, but I have a lot of nieces and nephews. They bring a lot of joy to my life. We also have a charity that we’ve started, so that also keeps you grounded.

We started “Cousins 4 a Cause” and partnered exclusively with Big Brothers Big Sisters of Greater Los Angeles. I was born into a single-parent family. We didn’t really have a lot of money in our household. I remember at age 12 or 13, I was getting into a lot of trouble. I was a good athlete and a good student but didn’t have the direction I needed and ended up getting arrested a couple of times. My mom had gotten me enrolled in Big Brothers Big Sisters. A 22-year-old guy got stationed with the Coast Guard in Maine, and he applied and changed my life. He became one of my best friends. He’s now a decorated Marine, and 20 years later, we’re closer than ever. I went to Hofstra University and was on the dean’s list. I think I wouldn’t have been able to do that without him.

What is your greatest accomplishment?

Our charity work, and the work that we do right now. I’m very proud of the business we’ve created and very proud of the relationship with my cousin. How we’ve gained such a great relationship, and how we’ve incorporated our family to be in everything. But my largest accomplishment is probably the ability to give back, help others and continue to do that because I think that’s what it’s all about.