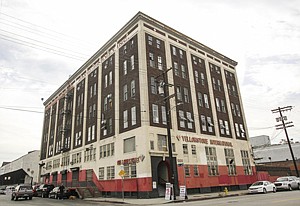 Building prices almost tripled in the southern corner of downtown L.A.’s Arts District thanks to rumors that swanky London private club Soho House was moving in.

Developers and investors seem convinced the club, with annual membership fees of $2,000 and 15 locations in such places as New York and Berlin, will be a game-changer for the neighborhood, bringing bold-faced names, international cachet and sophistication – and patrons with plenty of cash.

But now that the deal has closed, the question is: Will those elevated values hold – or was the Soho bump just a house of cards for a part of town that’s still very much in transition?

While many in the industry believe prices will continue to rise now that an opening is set for next year, others are more skeptical that one development – a private club, at that – can change the economics of a whole neighborhood. What is clear is that the project has raised expectations for local property owners – and got businesses interested in setting up shop in the Arts District.

“It had an almost immediate impact on asking prices,” said Derrick Moore, principal in the downtown office of Avison Young. “People were saying, ‘Soho is coming.’ I started to see interest from tenants who were a safer bet for the Business District say, ‘I only want the Arts District.”

News broke in late March that Soho House owner Nick Jones was trying to close on a building in the neighborhood, which is when prices really started to take off.

Luster said the club itself even experienced the frenzy when it tried to buy an adjacent lot for additional space, possibly for parking. It was outbid.

Rhonda Slavik, director of business development at the downtown office of Polaris Pacific, said buyers splurged because they see the club as a potential catalyst for development in the neighborhood, much like what happened in downtown’s South Park neighborhood.

After all, Staples Center and L.A. Live helped turn that section of downtown from a neighborhood you didn’t want to be in at night to one with a Phillippe Starck-designed Katsuya sushi restaurant and $1,000-a-square-foot condos.

Many in the industry think Soho House will do the same for the Arts District.

“A lot of people who are looking to develop in the Arts District are using Soho House as a similar bellwether – and they are making pretty big bets on that,” Slavik said.

For example, New York developer Thor Equities acquired a portfolio last month of three Class C office properties a block away from Soho House at 900-910 S. Santa Fe for just shy of $10 million. The price figures out to a whopping $1,280 a square foot. The buyer did not respond to requests for comment.

That price, unseen in the Arts District, even tops the average per-square-foot price in sparkly Beverly Hills, where office properties trade for an average of just over $1,000 a square foot, according to data from CoStar Group Inc.

“On the one hand, the rumors helped facilitate transactions by allowing buyers to pay more for properties than prior transactions indicated they were worth,” said Adam Tischer, a vice president in the downtown office of Colliers International. “On the other hand, the rumors created some greedy sellers who felt that because Soho House may be coming to the neighborhood their properties were worth orders of magnitude more than they were actually worth.”

By bringing in Blanchard, Soho House locked down a hotelier known for making waves in areas that have not yet gentrified. Blanchard was the lead developer in the transformation of downtown’s historic Ace Hotel into a hip hot spot that helped the area around it blossom with upscale retail options like Acne Studios, which sells $270 jeans, and Tanner Goods, which sells $550 duffel bags.

His plans for Soho House are equally ambitious. He will redevelop the six-story building into an 80,000-square-foot property that will include a public market, restaurant, bar, spa, salon, gym, screening room, event space, rooftop pool and 16 hotel rooms. The clientele those amenities are designed to attract is what’s piqued the interest of local developers.

Proponents of the Arts District say prices will only to continue to climb once the project opens – or at least hit a stable plateau once things cool off.

But others doubt that developers buying land at triple its recent value will see their deals pencil out before the cycle ends. Several real estate professionals, who did not wish to go on the record because of business downtown, said land buyers who flip in the next two years will do well, but those who get stuck in a longer-term development process risk holding real estate that will be hard to unload if a recession hits. Even without a downturn, some think the neighborhood still has a ways to go to justify the rich valuations post-Soho.

“I have seen some pricing for the Arts District that I think is really aggressive by at least 20 percent,” said one industry expert who wished to remained anonymous because he has Arts District clients. “The big retail complexes need to fill up with tenants in order for residential builders to fill up their buildings and command higher rents. If you were to drop a residential complex from the sky down to Mateo (Street, a major Arts District street), fully completed, it wouldn’t do very well right now.”