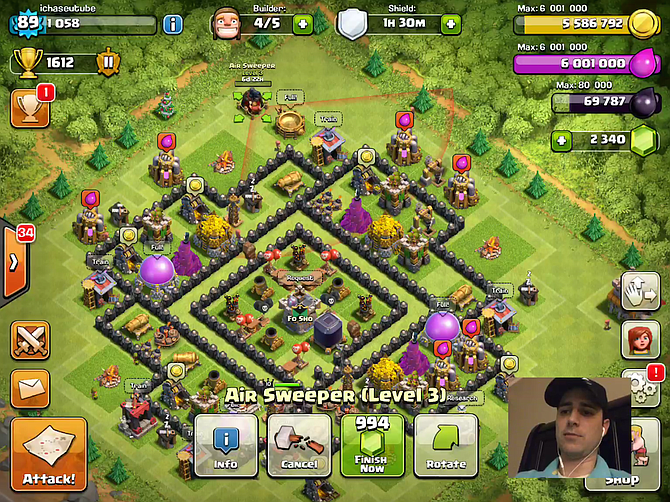 Screenshot of a streaming mobile game on Mobcrush

Mobcrush, an iOS app that streams video of people playing mobile games, has raised a $4.9 million seed investment round.

The Venice company, backed by Rincon Venture Partners, Crosscut Ventures, Lionsgate, CAA Venture and BAM Ventures, is racing to establish a new market for mobile video game play viewership. Live video game broadcasting of another sort, on PCs, is already dominated by Twitch, purchased by Amazon.com in August for $970 million.

Mobcrush is looking to duplicate that success, but on mobile phones.

Mobcrush, which is still in private beta testing, allows mobile users to share live streams of their gameplay on “Clash of Clans” or “Minecraft.”

“There’s an entertainment value, there’s a learning value and there’s a community value,” Disini explained. “The community forms and watches someone play and they chat around it.”

The gaming world is already flush with mini-celebrities that fans watch for their skill or humorous in-game commentary. Mobcrush said it has been working to bring those gamers onto its app.

Because followers of these mini-celebrities are intensely loyal, Mobcrush’s investors see a media channel with potential.

“There are 2 billion mobile devices out there, and people want better content than just casual games,” said Clinton Foy, investor and managing director of Venice’s Crosscut Ventures. “We think it’s a massive opportunity.”