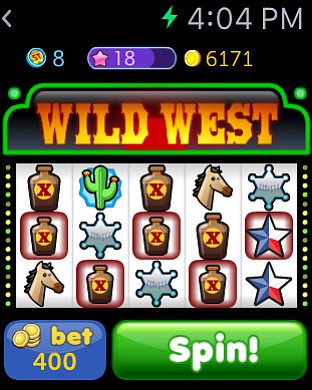 In light of the challenges developing for smartwatches, Little Labs Chief Operating Officer Kris McDonald said there are a few things his company must keep in mind to succeed.

Question: How do you make a good Apple Watch game or app considering it has such a small screen and is wrist-mounted?

Answer: Any successful app for smartwatches will need to take into account the fact that usage patterns on this device are wildly different from those of smartphone users. While the sessions are drastically shorter, they are also a lot more frequent due to the frictionless nature of the interactions. With a watch, your apps and notifications are immediately accessible, without needing to dig your phone out of your pocket and unlocking the device.

The fact that the device lives on your wrist also makes it one of the most personal pieces of technology we’ve ever had - the emotional connection you’ll create with your watch is also something we see as a significant opportunity.

Can money be made from advertising on smartwatch apps?

Advertising will likely be a possibility in the near future, but it is for now limited by technology constraints as well as restrictions in the app store guidelines from both Apple and Google.

Where will revenue come from?

Premium apps have a lot of potential to be successful in the early days of a platform since new users are always hungry for content and ready to spend a few dollars to expand the capabilities of their new device. In-app purchases will likely be where most of the revenue is generated in the long term as watches are the ideal platform for impulse purchases.

What was the most surprising part of developing for the Apple Watch?

Our experience was likely a bit different than others since we were lucky enough to work closely with Apple in the few months leading up to the launch of the device. This definitely helped mitigate the risks associated with the launch of a product on a brand new platform.

From a development perspective, although the first software development kit for Apple Watch was a bit more limited than those of other partners, we quickly realized that with a few clever tricks we’d still be able to create the same compelling experiences as on more flexible SDK like Android Wear. The animation framework of WatchKit in particular required us to lean very heavily on our artists to deliver frame-by-frame sequences.

Because this is a new device, what were investors’ reactions when you pitched them?

It really depended on the investors; some were already bullish on the smartwatch market and were even wearing watches during the pitch, others required a bit more convincing.

In all cases, we went to the meetings with a rather massive amount of data validating the market both from a theoretical perspective, but also using data we gathered from our early products.

Was that generally enough?

The key turning point in every pitch was the ability to show fully functioning prototypes and published products that could not only prove the ability of the team to deliver, but also give investors a concrete glimpse at what the future of the platform could be.