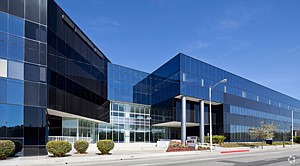 A pair of three-story office buildings in Playa Vista sold this month in an off-market deal for $48.5 million.

Bob Safai and Matt Case of Madison Partners represented both the buyer and the seller.

Safai said Mani was interested in the Playa Vista market as a magnet for tech companies, and plans to renovate the property’s common areas and exterior.

Safai, along with Madison’s Bob Pearson and Joe King, will handle leasing for the property, which is 62 percent leased by tenants that include Starkey Hearing Foundation and advertising company TBWA Chiat Day.

Ocean West purchased the property in May 2013 for $27 million and did not plan on selling the property when it received the buyer’s offer, Safai said.

“This is just another case which proves the Playa Vista market is here to stay, that it’s a burgeoning tech hub and is a solid investment in the future” said Safai.

The deal’s valuation falls in the middle of recent investment sales in the Playa Vista submarket.

The 11,000-square-foot Tommy Hilfiger store at the intersection of Robertson and Beverly boulevards in West Hollywood traded last month for a record price.

Gabe Kadosh, a vice president at Colliers International, said the square-foot price was high, even for the hot West Hollywood retail market, where recent sales have averaged roughly $1,200 a square foot. The price was even slightly higher than what has previously been seen on North Robertson, a hot spot for high-fashion retail in the two-block stretch from Beverly to Third Street, he said.

“Properties on Robertson don’t change hands often,” Kadosh said. “The prices are steep because there’s limited real estate. West Hollywood is one of the only areas of Los Angeles that is walkable, and Robertson is almost its own subset as a shopping destination.”

The brokers declined to comment on the transaction. The seller and the buyer could not be reached for comment.

The company paid $96 a square foot for the 238,148-square-foot industrial building.

The property was constructed to fit the distributor’s needs, said Phil Norton, a senior vice president at Colliers who represented Graybar. It will become a part of the company’s 250-location national logistics network, serving as both an office and distribution facility.

“With low, low vacancy levels for industrial properties in the San Gabriel Valley and the entire Southern California region at record low levels, and demand far outstripping the existing supply of buildings, this type of build-to-suit formula can be the answer for many companies seeking space here,” said Norton.

TeleSign, a maker of identity verification software, is more than doubling its space in Marina del Rey by moving into a bigger headquarters.

The company, which occupies 10,000 square feet at 4136 Del Rey Ave., signed a lease for 21,500 square feet at 13274 Fiji Way, a six-story, 60,944-square-foot Class B office building owned by Kennedy-Wilson Properties. TeleSign will occupy the top two floors of the building.

The six-year lease is valued at $6.5 million, according to industry sources.

The space will serve as the company’s headquarters as it grows its head count, said Dave Toomey, a principal at tenant brokerage firm Cresa Los Angeles who represented TeleSign. The space has the capacity for 150 employees.