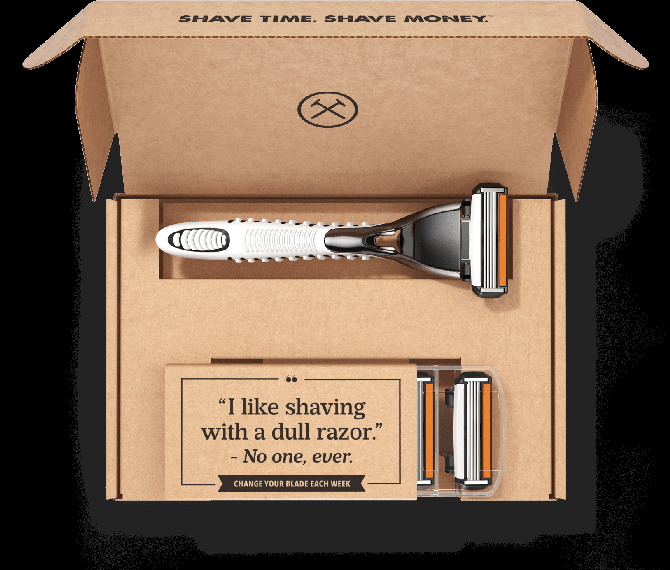 Less than nine months after it raised a $50 million investment round, the Venice online razor subscription business has just raised $75 million more in a Series D round.

The investment was led by Technology Crossover Ventures, with participation from Dragoneer, Comcast Ventures and Forerunner Ventures. The round values the company at $615 million, the Wall Street Journal reported.

Dollar Shave Club’s online razor subscription service delivers a razor and several blade cartridges each month to customers. It now claims more than 2 million subscribers and says it accounts for about 7 percent of all razor sales in the U.S. The average subscriber reportedly pays about $7 a month.

The company, founded in 2012, has grown rapidly. It reported revenue of $64 million last year, up from $19 million the year earlier, and estimates it will have sales of $140 million this year. It is not yet profitable.

Dollar Shave Club’s initial growth was fed by a tongue-in-cheek YouTube video narrated by founder and Chief Executive Michael Dubin that mocked the incumbent razor industry. The video now has more than 19 million views and the company has since made several other viral promotional videos, though none have been as successful as its first.

As part of its branding scheme, Dollar Shave Club also injects humorous bits into its products, from cheeky quotes on its packaging to mailing toilet reading materials called “Bathroom Minutes” to its subscribers.

The company has moved into selling other bathroom products, including shaving cream, hair products and “butt wipes.” Some of this latest investment round will be used to boost marketing of those products.

“This new funding will enable us to continue to connect with new members and grow our base, and support that growth with operations,” Dubin said in a statement. “It will also allow us to continue product innovation as we continue our march toward owning the men’s bathroom."