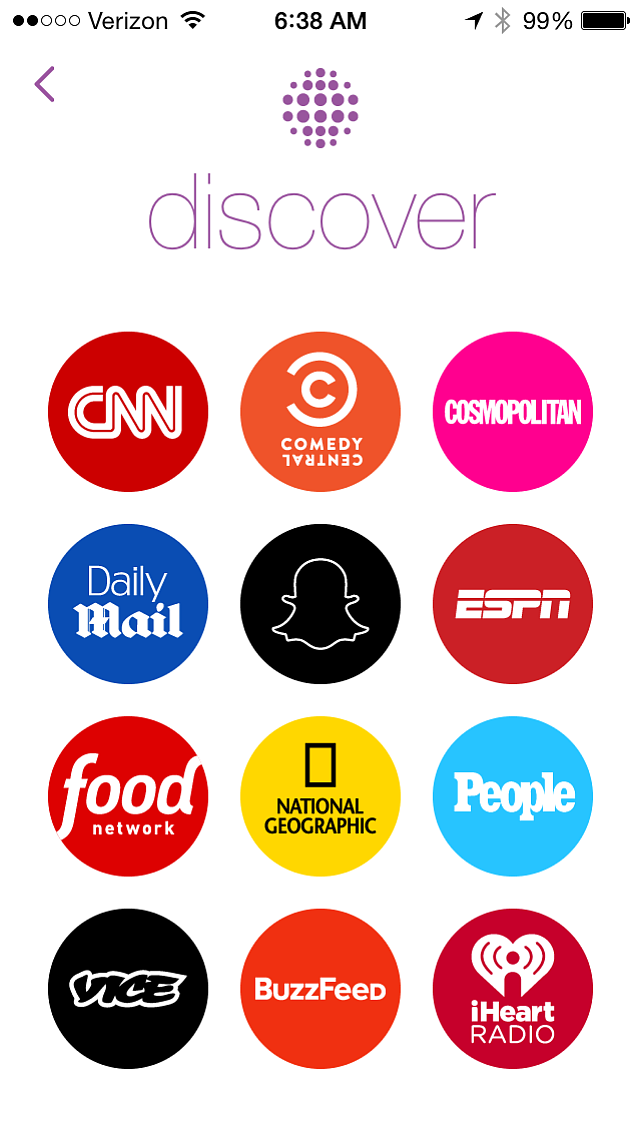 Snapchat is reexamining its content partnerships. The app has pushed out Yahoo and Warner Music Group from its Discover publishing portal and replaced them with BuzzFeed and iHeartRadio.

Discover is a multichannel section of Snapchat that allows publishers, selected by Snapchat, to distribute disappearing videos, pictures and articles once a day. Publishers on Discover keep 70 percent of revenue they earn from selling their own advertisements or 50 percent revenue for advertisements that Snapchat sells on their behalf.

Snapchat’s publisher reshuffling comes as ad rates within the portal have reportedly softened in recent months and as publishers have seen declining audience numbers. In an effort to boost engagement with Discover, the feature was recently given additional visibility on the Snapchat app homepage. Adding BuzzFeed and iHeartRadio also appears aimed at boosting engagement.

Snapchat declined to say specifically why Yahoo and Warner Music were given the boot, but indicated BuzzFeed’s popular video content and iHeartRadio’s access to artists and celebrities were important considerations.

“Since launching Discover with Yahoo and Warner Music six months ago, the teams have been continuously experimenting and learning what type of content works best,” a Snapchat spokeswoman said in a statement. “Although we have new partners joining Discover today, we continue to look at different ways we can work with Yahoo and Warner Music Group on Snapchat in the future.”

Re/code has reported that Snapchat may be adding news site Vox.com in August and that the Food Network maybe the next publisher on the way out.