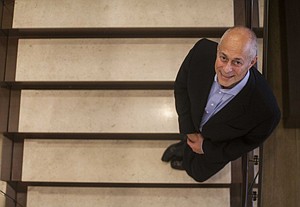 Houlihan Lokey Inc., a Century City investment bank that’s become a go-to adviser on middle-market deals, plans to list its shares on the biggest stage, making it the latest boutique finance firm to explore a public listing amid a hot M&A market.

According to a July 10 filing with the Securities and Exchange Commission, Houlihan plans to trade on the New York Stock Exchange under the symbol “HLI” in an offering that could value the company at nearly $2 billion – and give longtime Houlihan executives a nice cash-out.

Senior executives and Houlihan’s majority owner, an affiliate of Japan’s Orix Corp., will be selling shares. Orix owns slightly more than half of Houlihan, having acquired the stake for about $500 million in 2006.

Despite the size of Orix’s stake, it likely isn’t the main driver behind the planned IPO, said Natsumu Tsujino, an analyst who covers Orix for JP Morgan Securities Japan Co. in Tokyo. Rather, she believes the push for a public offering came from Houlihan employees who want to cash out.

“This company is owned a lot by the current management and management is not going to keep on doing business for years,” Tsujino said. “They need a great exit from their position. But I expect Orix will own more than 50 percent for some time.”

Houlihan was founded in Los Angeles in 1972 to provide financial advisory services to private businesses. It’s a homegrown firm with many longtime employees who are also native to the area, such as Chief Executive Scott Beiser. Beiser joined the firm in 1984 after earning a master’s degree at Cal State Northridge and never left, rising to co-chief executive in 2003 and claiming the top job for himself 10 years later.

The company has three named executive officers, all of whom are in their mid-50s and have been with the firm for more than a quarter-century: Beiser, 55; Executive Chairman Irwin Gold, 58; and Scott Adelson, 54, co-president and head of corporate finance.

While all three were paid between $2.5 million and $5 million in each of the last two years, those compensation packages hardly compete with what major Wall Street bankers take home. And with each of them having invested decades into the business – and plenty of other executives there with similarly long tours of duty – it’s natural for them to want to cash out at some point. That’s what Tsujino believes is the main motive for the IPO.

“It can facilitate the means for current management to convert their stock to cash,” she said.

Orix, of course, still stands to gain, even if – as Tsujino suggests – the firm intends to hold on to most of its Houlihan stock. That’s because the value of that stake is likely to increase after an IPO, regardless of how many shares Orix decides to unload.

Tsujino wrote in a July 9 research note that she believes the IPO will produce substantial capital gains for Orix. If Houlihan’s market cap hits $2 billion, as estimated in a Wall Street Journal report, Tsujino thinks Orix could gain $484 million in value.

Executives at Houlihan and Orix declined to comment, but Houlihan’s pre-IPO filing offers a glimpse into the investment bank’s business, which has grown dramatically over the last 15 years.

Houlihan advised on 188 corporate finance transactions during the last fiscal year. The company was the No. 1 adviser for transactions with values less than $5 billion in 2014, and the top adviser for sub-$1 billion deals over the past nine years.

It’s been a big year for the firm, which opened an Australia office in January and scooped up New York financial advisory firm Mesa Securities Inc. last month.

Moelis had an IPO in April 2014 and its shares are up 10 percent since, although they’ve fallen since the start of the year. By revenue, Houlihan is larger than Moelis, which brought in $519 million last year and currently has a market cap of more than $1.5 billion.