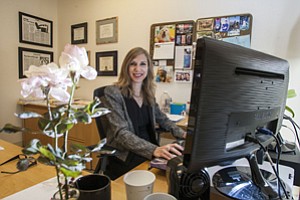 Legal blogs have become an increasingly popular way for attorneys to keep clients up to date on regulatory changes and industry trends. They can also serve to enhance a lawyer’s professional standing. And that has caught the eye of the California State Bar.

The organization is suggesting regulators take a harsher look at lawyers’ blogs to ensure compliance with advertising rules. The bar’s committee on professional responsibility and conduct last week began sifting through about a dozen lengthy public comments on its recently published interim opinion on the matter that would, in most cases, seek stricter scrutiny.

The committee began looking at the issue in 2012, but has yet to publish a final opinion. The ultimate goal is to protect consumers from false or deceptive marketing, said Scott Garner, head of the bar’s ethics committee.

“We as a committee try to address issues that are in the mainstream of what lawyers do, and blogging has become that,” Garner said. “But I don’t think attorneys always think about how blogging fits into the rules.”

The proposed opinion, which might be altered after Garner’s committee reviews the recently received public feedback, says any blog that implies a lawyer is available for hire constitutes advertising. A blog, for example, that describes a lawyers’ practice and victories in court would be considered a form of advertising if it also includes contact information.

If enacted, Garner said, the regulation doesn’t necessarily mean lawyers would have to stop posting about their cases, but they might be required to include some sort of disclosure identifying the blog as an advertisement.

Some of those who registered comments with the State Bar lauded it for examining the issue, but others were concerned heightened regulations would have a chilling effect on the legal industry. Josh King, vice president of business development and general counsel at Seattle legal service company Avvo Inc., cautioned that more regulation could attack attorney speech.

“Many lawyers would say, ‘Fine; I’ll put a ‘lawyer advertising’ disclaimer on my blog and be done with it. But the consequences are far greater than that,” King wrote in a public comment. “Over-regulation of lawyer speech impacts not only the attorneys who would otherwise freely express themselves, but also the extent to which consumers can obtain information about the quality and nature of legal services and providers.”

The State Bar’s ethics committee, however, would not be able to enforce any new regulations. Instead, its opinions could be cited in litigation, should the matter ever be brought to court.

It’s hard to say how frequently attorneys would be forced to defend their blogs in court, but consumers have certainly not shied from filing false advertising claims against companies. While many disputes focus on food producers that market products as “all natural” or questions about manufacturers’ claims that goods are made in America, bloggers and websites are not exempt from scrutiny, said Dan Forman, chairman of the unfair competition and trade secret practice group at Carothers DiSante & Freudenberger in downtown Los Angeles.

“There definitely are lawsuits outside of the legal profession where people have made claims where something that is posted on a website is evidence of false advertising,” he said.

But in general, the blogging has not resulted in a great deal of litigation, said Mary Kaufman, who serves as outside general counsel for several professional bloggers.

The biggest problems, she said, would arise if lawyers stop sharing their thoughts online in fear of possible consequences.

Right now, she said, blogs are among the best resources consumers have to vet attorneys.

“Part of the problem is that it’s very difficult for the general public to find an attorney, and this kind of (regulation) just makes it harder,” by having a chilling effect, Kaufman said.

Labor and employment lawyers in California said they can be hard pressed to keep clients up to date on the state’s evolving regulations.

That’s why Nancy Yaffe opts to post a few pithy paragraphs on her law firm’s blog instead of flooding her clients’ inbox every time a possible legal issue arises.

“A lot of clients look at my blog,” said Yaffe, a partner in Fox Rothschild’s Century City office. “You also kind of use the blog to keep in touch with them and let them know about new legal issues. A blog is a great way to do it because you can’t always send an e-mail to everybody.”

Yaffe, however, said she has no plans to stop contributing to Fox Rothschild’s California employment law blog. At the very least, it prevents her from sending a flurry of individual e-mails to her clients when possible issues emerge.

“I’ve tried that. It’s exhausting, honestly, and it’s not that effective either,” she said. “You just kind of inundate them.”

Plus, Yaffe said her blog has proved to be one of the best advertisements for her services.

“People get a sense for what kind of lawyer I will be,” she said. “The blog is a good way to market to people and an easy way to connect with people.”