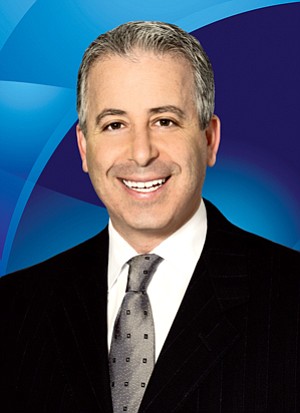 Andrew Apfelberg, 42, is a partner in the mergers and acquisitions practice of Century City law firm Greenberg Glusker. He has represented the likes of Fiji Water, OPI Products Inc. and Westlake Financial Services in major deals. In 2012, the Association for Corporate Growth elected Apfelberg as president and chairman of its Los Angeles chapter. Despite his demanding career, he also gardens, spends time with his kids and practices Krav Maga, the self-defense system created by the Israeli military. For our new series on mastering work/life balance, we learned how he makes time for it all.

Answer: Generally, I wake up early so I can get ready for work and also wake up my kids. We have breakfast together, so I get some quality time with them in the morning.

How early is early?

How do achieve work/life balance?

For me, the really important thing is to set my priorities and stick to them. I want to see my kids as much as I can, so I leave work at a certain time. If there is more to do, I can return to it after dinner. I let everyone know my goals and agenda so that people don’t feel like, “Hey, why is he leaving work at this time?”

I’m just as strategic about my time away from the office. For instance, I take Krav Maga, which is a pretty intense MMA-style of self-defense, but I also do meditation. I play soccer, but I also garden. The blend of opposites makes each more effective. The final piece is letting go of outcome. This is a marathon, not a sprint, and I want to create something that is sustainable for my entire career. There will be times when not everything works out – when we’re closing a major deal and I can’t make it home in time – but you just have to trust it and take the long view.

How do you make time for your family?

It’s about being really meticulous. I have a standing calendar appointment that pops up with my kids initials – literally, my kids initials – to remind me to leave work at certain times, or at least be mindful of the scheduling conflict. So, if I am going to schedule a breakfast, I would see that I have another appointment at the time, forcing me to think about it, which might lead me to say, “What about coffee instead?”

You have a reputation for being a nice guy, but you’re also a successful M&A lawyer. What’s your secret?

There’s two things. First, I’ll go back to that blend of Krav Maga and meditation, two things you wouldn’t think the same person is doing. One is eastern and gentle; the other is violent and aggressive. For me, there is a time and place for both. I try to spend most of my life and negotiations on the meditative side, but obviously there are certain times in a negotiation where the Krav Maga needs to come out. If you only know how to be a hard-nosed litigator or conciliatory negotiator, you’re limited.

The second thing is, when I first got out of law school, I was working as a clerk for Barry Russell, the federal bankruptcy judge, and he said, “You have one opportunity to build yourself a good reputation, and an infinite number of ways to lose it.” The way you hold yourself in community, the way you conduct yourself, the way you treat the receptionist in the office where you are meeting a client and the waitress at lunch when you are out with someone – you’ve got to carry yourself with grace and be the way you want to be perceived at all times.