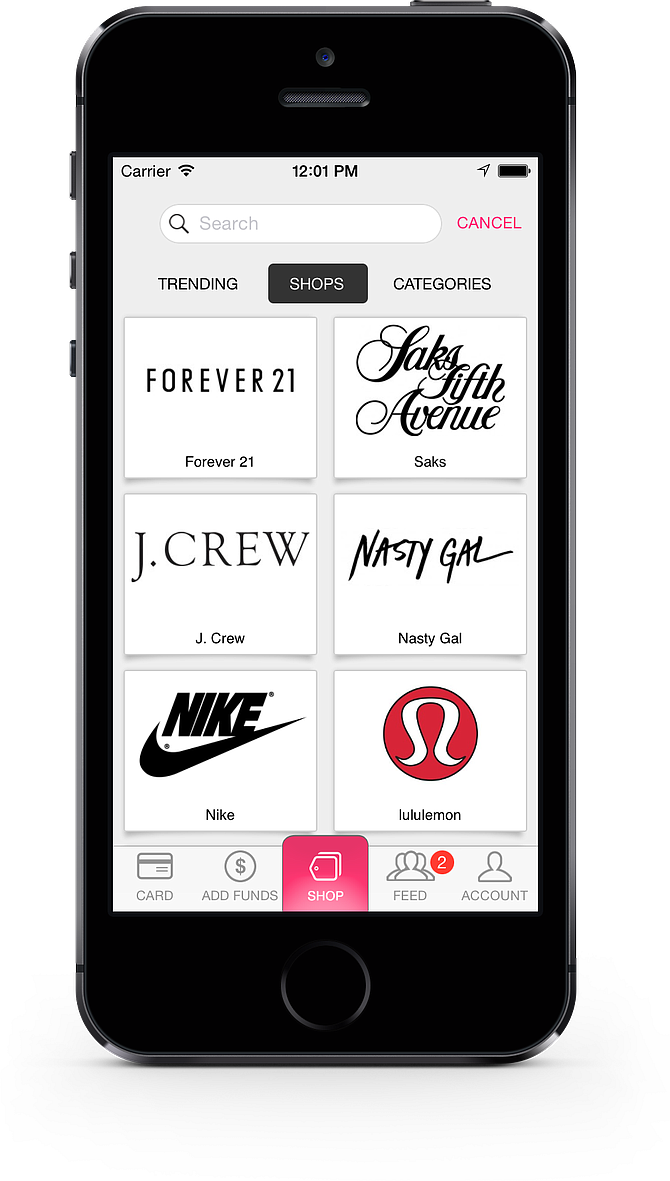 Hundreds of retailers have partnered with Santa Monica startup CardBlanc to help drive shopping traffic to their listings. (Courtesy CardBlanc)

“Mobile shopping is really a pain,” said Chief Executive Tina Hay. “It might take six or seven clicks before you can check out. So we make it very simple as a one-stop shop. You can load funds, share and shop right in the same place.”

Each CardBlanc user is given a sleek virtual debit card outfitted with a personal identification number. Users can upload money directly to their accounts to buy products from major retailers such as Saks Fifth Avenue, Asos, Nike and Nasty Gal. The social app hosts user feeds to show shared and liked listings. It also offers a reward system where users can redeem points accumulated by shopping or sharing.

CardBlanc doesn’t compete with retailers. Rather, the curated shopping app drives traffic to them. The company takes an affiliate fee from each transaction, which is charged to the retail partner and can range anywhere from 5 to 20 percent.

The four-person CardBlanc team has been working on the shopping app for nearly a year through a pre-accelerator program offered by Santa Monica law firm Stubbs Alderton & Markiles. Several thousand shoppers signed up for the free-to-use app during its beta period. Hay hopes to expand CardBlanc’s digital payments platform beyond mobile to include point-of-sale systems and peer-to-peer payments by the end of this year.

“Our goal is to build really beautiful, elegant financial products that are very much like an American Express,” she said.

Hay declined to share the company’s financing to date. The privately-funded company, which received no investment from its pre-accelerator, is currently raising a seed round.