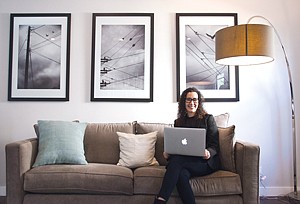 How do you get 10,000 potential customers to try your product while simultaneously burnishing your corporate image?

If you’re Land Rover, you offer to ferry thousands of lacrosse fans from one side of a high school campus to another during a tournament organized by a charity supporting spinal injury research.

That’s one of the deals brokered recently by GroundSwell Group, a four-person company in West Los Angeles that, for a fee, pairs corporate sponsors looking for marketing opportunities with non-profits that need every bit of help they can get.

In the case of that lacrosse tournament, held in April in Wayne, Pa., non-profit Katie Samson Foundation got free transportation for its supporters, while Land Rover got to take potential SUV buyers – based on income and other demographic information supplied by the non-profit – on a ride in its vehicles.

The foundation is tiny, having raised just $1 million since it was founded in 2001, and wouldn’t normally get the attention of a big corporate sponsor. Big companies tend to work with equally big non-profits, such as breast cancer foundation Susan G. Komen or the American Red Cross. Smaller non-profits are frequently left out of the loop, despite the fact that their events might bring out, say, 10,000 lacrosse fans with money to spend.

And that’s where GroundSwell comes in. Using a database packed with non-profit-organized events and demographic data about attendees, it helps corporate sponsors find off-the-beaten-path events that are frequented by their target audience and plot out the best way to reach them.

While the number of so-called cause marketing specialists has grown in recent years, GroundSwell’s method is new, said Regina Birdsell, chief executive of the Center for Non-profit Management in downtown Los Angeles.

“There is a whole profession of people who make a living working for larger organizations in-house, building relationships with the corporate sector,” Birdsell said. “It looks like what GroundSwell is doing is creating a shortcut without the relationship-building.”

“The benefits come when you create multiple linkages between the sponsor and the organization, like getting someone from the for-profit to get on the board of the non-profit,” Burtch said. “I have an allergic reaction to matchmaking because the focus is on sponsorship, when it’s really about partnership.”

When a corporate client seeks GroundSwell’s services, it first describes the audience it wants to reach, based on age, ethnicity, income and other factors. GroundSwell combs through its database, looking for events with those types of attendees, said Lisa Woods, the company’s senior vice president of strategy and communications.

From there, the client looks at the results and tells GroundSwell exactly what they hope to get out of the event. For instance, a client might want attendees to take lots of selfies in front of a red-carpet backdrop emblazoned with the company logo. GroundSwell phones up the non-profit and determines whether the organization can meet the corporate demands. If they can and will, GroundSwell helps both sides develop a plan.

GroundSwell operates out of Woods’ West L.A. home. Before launching last year, the company spent months developing its database of non-profits and events by reaching out en masse to organizations, telling them what GroundSwell is and how its system works.

When it sets up a match, the corporate sponsor pays GroundSwell; the non-profit pay nothing.

Just how much the sponsors pay varies widely. Sponsors buy a package from GroundSwell that matches them with at least 10 events. One such package cost a sponsor $20,000, Woods said, but she said that price tag can be much lower or higher depending on the number of events, how much the events themselves cost, the sponsor’s demands and how involved GroundSwell is in the process.

In some cases, a sponsor will buy a matchmaking package related to a single cause, such as cancer research, and will end up working with the same non-profit more than once. In other cases, a sponsor is more interested in targeting a specific demographic, and might work with a different non-profit for every event in the package.

So far, GroundSwell is working with about a dozen companies, Woods said. She would not disclose how many non-profits or events are listed in GroundSwell’s database.

Woods pitches GroundSwell as a time and energy saver for both non-profits and corporations. She co-founded a non-profit charter school management organization and said finding money and sponsors is both difficult and time-consuming.

“I come from the non-profit world, where finding sponsors is exhausting, especially for the well over a million small to midsize non-profits,” she said. “If you switch to the other side, corporations oftentimes aren’t getting in touch with non-profits because it’s time-consuming. They are interested in what we do because it saves them time and gets them exactly what they want. Some care about the cause and some don’t at all.”

Large non-profits, such as hospitals and universities, typically have development teams responsible for delivering corporate sponsorships, Birdsell said. But at smaller organizations, staff members who juggle multiple roles reach out cold and apply for sponsorships online. They also lean on board members to make introductions or try to network with potential sponsors at events.

For example, 826LA puts on an annual staged reading event, and last year’s featured the cast of the Will Ferrell film “Anchorman” reading the film’s script. Gan said that was made possible by 826LA board members’ relationships with agents who represent some members of the film’s cast and with Creative Artists Agency, which sent a lot of volunteers.

Those relationships also bring in donations. After the “Anchorman” reading, the head of a production company that had worked with Ferrell donated $15,000 to the organization, Gan said.

“It’s all about relationships built over time,” she said. “I would say that’s true about everything related to fundraising.”

Burtch said those relationships also help make sure a non-profit and a corporate sponsor have shared values and that sponsorship deals make both sides look good. Without that, things can go terribly wrong.

Case in point: When Susan G. Komen and Kentucky Fried Chicken developed Buckets for the Cure, a promotion in which the chicken chain sold its marquee product in pink Komen-branded buckets. It sparked outrage on social media and from activists, who argued fried chicken leads to obesity, which is a cause of cancer.

“It was horrible alignment: fried food in a pink basket,” Burtch said.

Still, 826LA’s Gan at said she’s open to the idea of using GroundSwell to find sponsors for its events.

“826LA has been in touch with GroundSwell and we’re considering using their services,” she said.