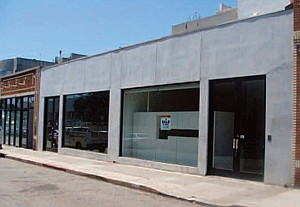 Snapchat has matured from a message app with a controversial twist to a company valued at $800 million, and it’s now expanded into more mature digs.

The startup has leased a 6,000-square-foot building at 63 Market St. in Venice and has moved some of its staff to the site, a block from the beach. Snapchat had moved into Venice earlier this year when it took over an office off the Venice boardwalk known as the Blu House.

Ted Folkert, who represents the owner of the 2,600-square-foot Blu House, at 523 Ocean Front Walk, said Snapchat’s lease will run through March, but noted that the company had already outgrown the building.

A Snapchat spokeswoman confirmed that the company has opened an office just a half-mile down the beach.

“We were at capacity at the beach house,” Mary Ritti said. “But we are committed to staying in Venice.”

The company launched in 2011 and quickly caught on with teens and college students because of its disappearing messages; photos taken through the free app last just seconds after they are sent to recipients.

The company reported last month that it was generating about 350 million “snaps” a day.

It recently began experimenting with semipermanent photos and messages through a feature called Stories, a sort of status update for a user’s Snapchat contacts.

The office expansion comes as the company is expected to raise up to $200 million from Chinese Internet giant Tencent and other investors, according to tech blog All Things Digital. The funding round would value the company, which has yet to generate revenue, at up to $4 billion.

If the deal goes through, Snapchat will have raised more than $250 million in less than six months.

That could mean the company will look to continue to expand its footprint in Venice. And it appears Snapchat might already have some additional space.

David Thind, a director with Coldwell Banker Commercial NRT in Brentwood, confirmed to the Business Journal that he represented the owners of three buildings leased to Snapchat, but would not disclose the location of the properties due to a confidentiality agreement.

A newsletter produced by Thind indicated that Snapchat has leased 9,000 square feet in the area, meaning that the company has leased more space in addition to the Market building.

Ritti would not disclose the location of Snapchat’s additional office space.