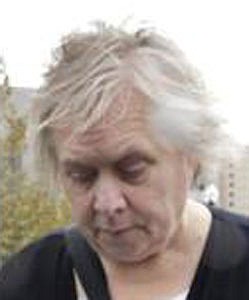 Politicians and campaign organizations suing a local bank over money stolen by campaign accountant Kinde Durkee could get their hands on more evidence in coming weeks.

Durkee pleaded guilty last year to stealing millions of dollars from several campaign accounts she managed, some of which were held at First California Bank. She’s now serving an eight-year sentence at a federal prison in Kentucky.

But Feinstein’s campaign and others say First California knew about the theft and even helped Durkee move funds among accounts to hide it – claims the bank has denied in court filings.

Justin Berger, an attorney with Burlingame firm Cotchett Pitre & McCarthy LLP representing the Feinstein campaign, said he believes information on the hard drives will help determine what the bank knew.

“We’ve already seen some indication of bank employees and supervisors actively aiding Durkee’s comingling and shuffling of funds among her clients’ accounts,” Berger said. “We imagine some of the missing pieces of the story will be put into place through documents and data on the drives.”

Lance Etcheverry, a partner in the L.A. office of New York law firm Skadden Arps Slate Meagher & Flom LLP representing First California, said the bank is not concerned about information on the drives.

“Since both sides in the litigations are interested in Ms. Durkee’s business computer hard drives, First California Bank has no concern about all of the parties obtaining the information,” he said.

Feinstein’s campaign sued the Department of Justice for access to the drives in January. The department initially said the information on the drives could be protected by federal privacy rules. The department and the campaign settled last month; Berger last week said that the hard drives “are supposedly on their way to us.”

A new real estate investment firm in Westwood hopes to cash in by snatching up relatively expensive commercial properties in relatively small markets.

Called Tryperion Partners, the firm just closed its first fund at $50 million, with plans to invest in up to $200 million in property. The firm was founded by Eliot Bencuya, Joseph Kessel and Jeffrey Karsh, all formerly with Century City’s Canyon Capital Realty Advisors LLC.

Bencuya said Tryperion will focus on markets in the Western United States that have good fundamentals but might be too small to draw the interest of larger institutional investors – for example, Salt Lake City; San Antonio; and Portland, Ore.

“They don’t attract the same attention from some of the major players,” he said. “We’re trying to bring institutional investment expertise to smaller deals.”

In those markets, the firm will look at undervalued properties that are too big for smaller local investors. He said a typical deal could range from $15 million to $40 million, with Tryperion investing about 25 percent and taking on debt for the rest.

Bencuya said he could not disclose any deals Tryperion is considering. Investors in the fund are individuals and family offices, not institutions.

Prepaid debit-card issuer Green Dot Corp. last week announced that it will roll out its new online bank, GoBank, to the general public July 4, with an accompanying ad blitz.

The Monrovia company first announced GoBank in January and made it available to about 1,000 customers by invitation. GoBank, which has no physical branches, offers low-fee, federally insured checking accounts designed for a smartphone app.

“If you use Yelp or Facebook, you’ll feel very at home using GoBank,” Green Dot Chief Executive Steven Streit told the Business Journal earlier this year. “It’s built from scratch to be a mobile bank on your mobile phone.”

Green Dot, which faces competition in the prepaid card market from the likes of American Express, hopes to attract young customers who have checking accounts with traditional banks but don’t like bank fees or don’t need other banking services.