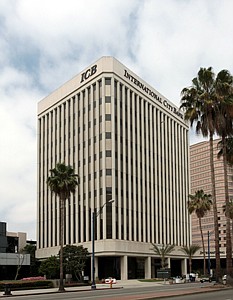 Broadway Federal Bank continued to shore up its balance sheet last month, selling off more than $13 million in nonperforming loans.

As of Dec. 31, nearly 12 percent of Broadway’s loans were not current. The bank announced the sales Feb. 21 and said they cleared nearly one-third of the nonperforming loans from its balance sheet. The announcement of the loan sales came two weeks after the bank disclosed it had fired Chief Financial Officer Samuel Sarpong.

Bank officials did not return calls for comment about the loan sales or Sarpong’s firing, which was noted in a Securities and Exchange Commission filing.

The bank has been under regulators’ scrutiny since 2010 and has been ordered to raise capital and strengthen its loan portfolio.

It’s a natural extension for the bank, which caters to the Chinese-American business community and has several branches in the San Gabriel Valley.

“San Francisco and the Bay Area have the second largest Chinese-American population besides the Los Angeles area,” said Edward Czajka, the bank’s chief financial officer. “A lot of Chinese-American banks have a presence there. We’ve wanted to be in the market for quite a while.”

Czajka said Huang had been developing relationships with clients and potential customers for the better part of a year before the San Francisco branch opened last month. The new branch is in the city’s financial district.

In 2008, Long Beach’s International City Bank lost $7.6 million and had millions more in loans go bad. In early 2009, regulators issued an order telling the bank to strengthen its capital ratios, limit its commercial real estate lending and take other steps to improve its balance sheet.

Now, four years later, the bank has stopped losing money and has come out from under the consent order.

“We were really focused on resolving issues within the loan portfolio and bringing that under control,” said Miller, who took over as chief executive in January. “Now we’re focusing on maintaining a diversified loan portfolio and starting to grow again.”

During the past four years, the bank’s assets shrank from $239 million to $140 million, a drop of 42 percent. Miller said the bank, which primarily lends to businesses in the South Bay and Orange County, should post positive numbers for the current quarter.

“The first quarter is going to show we had a pretty decent growth rate for the year, considering the economy we’re still under,” he said.

The bank reported net income of $1.1 million last year, its first profitable year since 2007, according to figures from the Federal Deposit Insurance Corp.