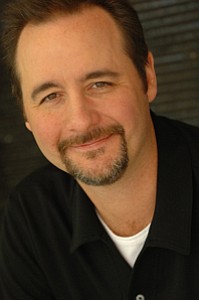 These are great times for reality TV shows, what with the popularity of programs about duck-call makers, wild critter catchers and assorted oddballs.

So it might seem unreal that these are not necessarily boom times for producers of reality shows.

“It’s a bad economy for production companies,” said Mark Cronin, who is executive producer and co-president of 51 Minds Entertainment. The North Hollywood company is profitable but margins have been cut roughly in half from peak times.

“Our margins used to be crazy big. (They’re now) single digits instead of double digits,” he said.

His business flourished in part because it owned many of the earlier programs it produced, mainly for VH1. That allowed the company to generate revenue from distributing them overseas or having a program’s format adapted for another country. But today, cable networks rarely forfeit those rights to a producer, Cronin said.

“Five years ago if we sold a show, we owned the copyright. We had a lot of ways to make money,” he said. “Now, networks want the format rights and the finished episodes. They want to own the whole thing. The production company is work-for-hire.”

Part of the reason reality producers have a hard time getting additional rights for their shows is that most cable channels have bargaining clout from their much larger corporate media conglomerates, such as NBCUniversal or Viacom. Terms of a deal made with one channel under a corporate umbrella will often be replicated in deals with another channel under that owner.

But that’s not the only problem for reality show producers. Several now complain that they are stretched especially thin in the pilot process because cable networks have chopped the budgets for them.

A reality cable TV pilot might have had a $250,000 budget 10 years ago, but it would now have a budget in the $25,000-$50,000 range, said Brian Volk-Weiss, president of production at New Wave Entertainment in Burbank, which produces shows such as “Stevie TV” for VH1.

However, if a show finds a big audience, producers can still expect a healthy payday through profit participation and other bonus arrangements.

“The sacrifice and the diminishing budgets are occurring in the first step of the process,” said Volk-Weiss. “But the minute you have a hit, things change very, very quickly.”

51 Minds was formed by the combination of Cris Abrego’s 51 Pictures production company and Cronin’s Mindless Entertainment. The two were brought together in 2003 to produce “The Surreal Life,” which brought groups of has-been stars to live together. It was a major hit for VH1 and paved the way for other “celebreality” programs. For a time, 51 Minds worked exclusively for VH1.

Over the past decade, the producer led the pack on such shows that typically are centered on pop culture figures after their prime.

51 Minds was behind hits such as “Flavor of Love,” which followed the dating exploits of rapper Flava Flav, and “Rock of Love,” which did the same for rocker Bret Michaels.

The shows helped rocket VH1 to ratings glory in the middle of the last decade, and 51 Minds’ success even attracted a big-money buyer, reality TV production giant Endemol, in 2008.

But the company increasingly has been forced to adapt its programming for budget-minded cable networks searching for reality shows about noncelebrity colorful characters and produced on the cheap.

So along with a show about rapper T.I. and his family for VH1, 51 Minds also produced a program currently on the TruTV cable channel about the employees of a Miami pawnshop, called “Cash Dome,” that debuted this month.

The so-called everyman reality genre, featuring aquarium owners or tow-truck drivers, has proliferated on cable TV in recent years. They’re not only cheap to produce but they get good ratings. They even beat scripted broadcast network shows in some cases, such as A&E’s hit “Duck Dynasty,” which beat CBS hit “Under the Dome” last week and is poised to become the biggest hit on cable TV.

Despite the changes in the industry, 51 Minds has been able to gain at least some clout as part of larger organization. Endemol, which is based in Amsterdam, has global operations including four reality production companies in the United States.

Its 2008 deal for a majority stake in 51 Minds was reportedly worth more than $200 million. The company subsequently bought additional equity and its stake is now 75 percent.

51 Minds has about 190 employees and staffs up as needed for specific shows.

Falling under the Endemol banner gives 51 Minds the advantage of mining its parent’s international formats for domestic use. For example, it produced “Ton of Cash” for VH1 a couple of years ago, which followed contestants as they tried to haul $1 million in cash from Los Angeles to Las Vegas. It was adapted from a Turkish format owned by Endemol.

51 Minds is also developing new formats, such as a program that will send contestants to the North Pole for a “Survivor”-like challenge, which Abrego hopes to have on air for the holiday season.

Cronin said animated and scripted projects are also in the works.

Endemol could buy the remaining 25 percent of 51 Minds after this year if certain earnings thresholds are met, a question that Cronin said is “still completely up in the air.”

If Endemol does end up buying the rest of 51 Minds, it would be a financial windfall for the two producers.

“I have desires and a passion to do some scripted (shows),” he said. “Do I start another company? That is the question I’m looking at.”