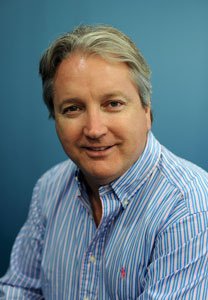 Row 44 Inc. of Westlake Village is extending its wingspan even further into the global market.

“We needed to raise cash to be able to grow the story on a global basis,” said John La Valle, Row 44’s chief executive.

With the new money, Row 44 plans to hire employees to add to its current roster of about 50. The company will also use the money for research and development, and increasing its physical presence overseas. It plans to open offices in Europe and Asia this year and next.

The company’s main service allows airline passengers to get an Internet connection in flight. With the new funding, Row 44 plans to develop new services and products. Details will be announced in the next few weeks, said Travis Christ, chief marketing and sales officer for the company.

Row 44 was founded in 2004 and contracted with Dallas-based Southwest Airlines Corp. in 2010 and with Norwegian Air Shuttle in 2011. Last month, it announced a deal with Icelandair and signed with Moscow’s Transaero Airlines. Mango Airlines, based in Gauteng, South Africa, also started using Row 44’s services last month.

Row 44 would not disclose specific revenue, but La Valle said that this year’s sales will be nearly triple last year’s. Total revenue for providers of in-flight Wi-Fi is expected to surpass $1.5 billion in 2015.

La Valle wouldn’t compare market share with Panasonic and Gogo because he said the three companies offer different types of services. Panasonic has traditionally been more entertainment than Wi-Fi focused, he said, and Gogo doesn’t offer the same types of entertainment that Row 44 does. Airline passengers will soon be able to watch live television on Row 44-equipped flights.

Wi-Fi services for passengers flying over land are easier to come by than services over water. The former requires ground antennas, the latter satellites. As a result, the ability to check e-mail or Facebook while flying over an ocean is still a novelty.

Christ said two factors have contributed to Row 44’s growth. First, the popularity of the iPhone and iPad guarantees that a large portion of air travelers have devices with wireless capabilities. Second, advances in antenna technology have allowed for the production of lighter-weight equipment, helping keep fuel costs economical for airlines.

“We think our equipment is uniquely capable,” Christ said.

Airlines that contract with Row 44 can set their own prices to charge for Wi-Fi and they can brand the equipment. For example, a Southwest passenger logging in to use Wi-Fi will see a page that carries Southwest’s name, and a Delta passenger will see a page with Gogo’s name.

Angela Vargo, a Southwest marketing executive, said it was important for her airline to brand its Wi-Fi. About 50 percent of its fleet – 235 planes – is currently Wi-Fi enabled with Row 44 equipment; by the end of this year, that number is expected to be around 70 percent.

The airline only flies over land now, but has announced that it will travel over water sometime in the future, perhaps to Hawaii and international locations. This was another reason that made Row 44 a “perfect fit” for Southwest, Vargo said.

Until its deals with Southwest and Norwegian Air Shuttle, and contracts with Burbank entertainment titans Walt Disney Co. and Warner Bros. for content last year, the company had been moving forward quietly.

Christ said that the Row 44 team has had its head down, laying the groundwork for its services and focusing on providing the best possible product to existing customers.

“The easiest way to sell something is to have satisfied customers,” he said.

The company isn’t having discussions to go public, but La Valle said the company would never rule it out. The company will consider at any and all avenues to increase capital in the quickly growing industry.