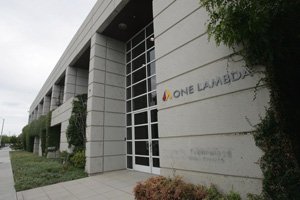 Canoga Park biotech company One Lambda Inc. is well known by American surgeons for its tests that help match organs with patients who are in need of a transplant.

Now, after its $925 million acquisition last week in one of the largest L.A. biosciences industry deals in recent years, One Lambda could soon be selling more of its test kits, laboratory instruments and computer software to transplant centers around the world.

One Lambda already distributes those items to dozens of countries, but new parent Thermo Fisher Scientific Inc. of Waltham, Mass., sees a big opportunity in emerging markets. In China, for example, there is growing demand for transplantations due to a rising middle class that is increasingly expecting sophisticated health care.

“With our global (reach) we can take a very good business and make it great,” said Andy Thomson, president of specialty diagnostics at Thermo Fisher, which has purchased seven biotech companies in the past year.

One Lamba’s tests determine the genetic compatibility of tissues by testing human leukocyte antigen (HLA) proteins that reside on white blood cells. They are manufactured at a plant in Canoga Park, where the company has its headquarters and employs a total of 320.

Thomson said Thermo Fisher plans to retain the location and invest about $10 million in the business over the next couple of years, on top of One Lambda’s planned spending. That will help the international expansion while also increasing the postoperative testing business, which helps determine whether a recipient will reject an already transplanted organ.

Denise DeMan, chief executive at Bench International, a Beverly Hills executive recruitment and advisory firm for biosciences companies, said the deal could benefit the area’s biosciences industry, which faces stiff competition for investment from other regions.

“The investment community continues to stay heavily focused on the San Francisco Bay Area, Cambridge, (Mass.), and San Diego. At some point we have to get over this hump of being below the radar screen,” she said.

One Lambda owes its high profile in part to its founder, Dr. Paul Terasaki, who in the 1960s developed some of the earliest HLA tissue typing tests to be used for organ donations.

He was also the director of the UCLA Tissue Typing Laboratory, which helped him launch the company. The lab was cut off from federal funding in 1972 and began selling Terasaki’s typing technology. When the Food and Drug Administration deregulated the market for the tests in1984, commercial interests began to compete with the university and Terasaki started One Lambda.

There were already other typing technology companies around the country, but he was able to quickly find clients who had previously bought from the UCLA lab. The company’s distribution has grown since then; it generated revenue of $182 million last year. While One Lambda doesn’t make prices publicly available, analysts say its tissue-typing tests go for around $100.

Ross Muken, an analyst who covers Thermo Fisher at ISI Group in New York, said the acquisition could bring yield a round of growth for the company.

“At some point you grow your business to where the incremental investment is a challenge,” Muken said. “You carry the next leg of growth with a company that already has the infrastructure. (Thermo Fisher’s) distribution is strong in emerging markets.”

The $925 million acquisition will be financed with cash and debt, and is expected to close in the fourth quarter, pending approval. The deal price is a 10.9 times multiple of One Lambda’s operating profit from last year, which implies 2011 operating profit of $85 million.

Muken expects Thermo Fisher to recoup its payment from the deal in about six or seven years. Mature markets, such as the United States and Europe, are still growing in the single digits for the company, while emerging markets offer double-digit annual growth, Thomson said.

The other major area of growth, he noted, will be in selling more tests for use on postoperative patients that can detect if they’re building up antibodies that could lead to the rejection of an organ. That line of business is growing now as drug makers develop products to target those antibodies.

Meanwhile, there are other technologies in development that could eventually unseat One Lambda’s HLA testing as the industry standard.

For example, next-generation sequencing, which was developed just a handful of years ago, is starting to get more attention. It allows for thousands or millions of DNA sequences to be analyzed at once for compatibility, and companies such as Life Technologies Corp. in Carlsbad have the technology.

Still, the costs are prohibitive for massive roll-out for use in transplantation diagnostics. Analysts expect One Lambda’s HLA testing method to remain dominant for the better part of the next decade.

“The next-generation sequencing is interesting and will play a role in transplant diagnostics,” Thomson said. “We think (there’s) plenty of time to source partners to enjoy that transition.”