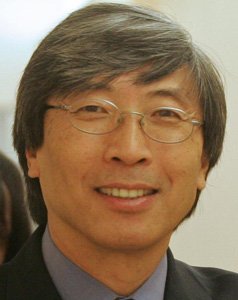 Malibu toymaker Jakks Pacific Inc. can thank a local billionaire with a passion for basketball for the company’s next big business opportunity.

Introduced by mutual friend and Pacers co-owner Herbert Simon, the pair took to each other instantly, developing a friendship that before long turned into a business relationship announced last week.

Jakks will partner with Soon-Shiong’s holding company NantWorks LLC in a joint venture – DreamPlay Toys – to develop, market and sell interactive toys. Soon-Shiong said meeting Berman gave him the perfect opportunity to expand the reach of his proprietary image recognition technology into the world of play.

“I was impressed by his commitment to bring joy to children, but also to the community. I found in him a kindred spirit, someone who really wants to do good as well as build incredible experiences for kids,” said Soon-Shiong, whom the Business Journal estimated in May had a net worth of $8 billion, making the him the wealthiest resident of Los Angeles.

DreamPlay will use the technology to create mobile applications that will enhance the physical world for kids, who are increasingly using smartphones and tablets. For example, one application might be to connect teen girls to videos and messages from their favorite heartthrob by simply pointing the camera at posters on their bedroom wall.

The technology is already present in some NantWorks’ mobile applications, such as the LookTel Money Reader, which differentiates between dollar denominations for the blind.

The benefits of such a partnership are obvious for Jakks, which for the last year has struggled to fight off an unwelcome takeover by downtown L.A. private-equity firm Oaktree Capital Management LP.

But Berman, who declined to comment on how the venture could affect its battle with Oaktree, said the benefits are personal, too. Soon-Shiong will be Berman’s first business partner since Jakks co-founder Jack Friedman died two years ago.

“Since then, I haven’t had a partner, someone I could rely on and trust. I didn’t think it would ever happen again,” he said. “But once Patrick and I met, there was an instant bond and respect. This is the first time that I probably have felt that connection since I met Jack, of someone who is a partner, brother, best friend, all of it combined.”

It wasn’t long into their friendship that Berman and Soon-Shiong began tossing around business ideas.

“We met, we spent time together and then just grabbed each other and said, ‘Let’s go forward,’” Berman said. “We put our ideas together, and we’ve already done more in the months we’ve known each other than other companies have done in years.”

Berman and Soon-Shiong signed a letter of intent to create the joint venture last week but are still in the process of hammering out the details. Both declined to comment on financial details of the deal, including the ownership in DreamPlay, though Berman did say he will act as general manager for the initiative.

Jakks, which makes most of its money manufacturing licensed toys based on popular characters such as Hello Kitty and Pokemon, will be a source of expertise for DreamPlay in areas such as sales, marketing and creative development. In return, the DreamPlay technology will only work with Jakks toys unless the toymaker further licenses it.

Soon-Shiong made his fortune building and selling off drug companies, including Abraxis BioScience, which marketed a breast cancer drug called Abraxane he had researched and developed. The 2010 sale earned him $2.9 billion.

More recently, he has been working on other projects, including developing digital medical information systems and building a more robust version of the Internet to share medical research, much of it under his NantWorks holding company.

Soon-Shiong said he has been working on the image recognition technology for almost a decade. It uses “machine vision” – or the combination of a device’s camera, microphone and GPS capabilities – to identify objects.

“It recognizes physical objects. It differentiates objects from each other, and allows one then to create an experience around that recognition aspect,” he said.

DreamPlay will use the technology as the core of a mobile application that consumers will buy and download from an online marketplace such as the Google Play store. Once downloaded, children will be able to point a smartphone or tablet’s camera at a toy, book or poster and play related games and videos.

Jakks said it will present the first examples of the way the technology can be used to enhance the world of toys at L.A.’s International Toy Fair in October.

If the venture turns out to be a financial success for Jakks, it will have come at a good time. Last week, the company reported second quarter net income of only $214,000 – a fraction of the $4.2 million earned a year earlier.

It’s that kind of performance over the last few years that led to Oaktree’s interest in acquiring the toy company. The investment firm, co-founded by L.A. billionaires Howard Marks and Bruce Karsh, specializes in acquiring distressed assets.

Oaktree had been in talks with Jakks until last month when the two sides came to a stalemate over a confidentiality agreement. Jakks has rejected the private investment firm’s $670 million bid for the company, calling the number “inadequate.”

Berman said the agreement with NantWorks heralded a new start for the company.

“This we believe is the start of a new beginning that’s completely changing the dynamic of kids’ consumer products. It adds value to our company, but also to the toy industry,” he said.

As for Soon-Shiong, he said partnering with Jakks is just the beginning, noting that the introduction of his technology to the toy industry will be the test for how it can be used in more serious applications.