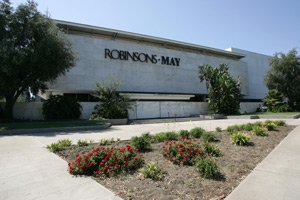 The defunct plan to build a luxury condo project at one of the Westside’s biggest eyesores – the site of the closed Robinsons-May department store in Beverly Hills – appears to be coming back to life, thanks to the growing wealth in Asia.

Representatives of Joint Treasure International, the new owner of the eight-acre property next to the Beverly Hilton Hotel, have begun meeting with city officials about restarting the project. They plan to begin demolition next summer and complete construction 30 months from then, sources close to the matter told the Business Journal.

Joint Treasure, made up of three investor families from Singapore and Hong Kong that also own the Beverly Wilshire Hotel, plans to move forward with an existing design by famed architect Richard Meier and market the condos largely to wealthy Asians.

“They are taking a strong eye toward the Pacific Rim population,” according to a source familiar with the deal who was not authorized to speak about it.

The property is considered perhaps L.A.’s most conspicuous and desirable development site, since it is near the bustling Beverly Hills intersection of Wilshire and Santa Monica boulevards.

The plan for the 9900 Wilshire Blvd. property, which was approved in 2008 when it was owned by Candy & Candy Inc., includes two buildings with 235 condos, and more than 16,000 square feet of retail and restaurant space.

Joint Treasure acquired the property last year for $148 million from Banco Inbursa, a bank run by Mexican billionaire Carlos Slim that had foreclosed on Candy & Candy, a family-run London development company. That price was far below the eye-widening $500 million that Candy & Candy, along with a partner, paid in 2007.

City officials are being cautious in responding to Joint Treasure. This would be the third try to develop the site since Federated Department Stores sold it to New Pacific Realty in 2004 for $23.5 million and closed the Robinsons-May store in 2006. New Pacific, a Beverly Hills developer, also proposed to build luxury mid-rise condos, but then sold off the parcel to Candy & Candy near the height of the market.

“It would be wonderful if it were developed, but it’s not here until it’s here,” said Susan Healy Keene, Beverly Hills director of community development.

In the United States, Joint Treasure owns the New York Four Seasons and two high-end multifamily buildings in that city in addition to the Beverly Wilshire.

Joint Treasure representatives did not respond to calls or e-mails.

The latest plan, though it retains the Meier design, is being marketed differently than how it was envisioned by Candy & Candy, a company operated by English billionaire brothers Christian and Nicholas Candy.

The London firm specialized in high-end design, management and development, making a name for itself with such projects as One Hyde Park, a 70,000-square-foot ultraluxury condo complex that is among the most expensive in the world.

The Beverly Hills development would have been the Candys’ first major project in the United States. The brothers planned on marketing the condos to wealthy Europeans and other foreigners looking to buy second homes in Beverly Hills.

However, their partner, Reykjavik, Iceland’s Kaupthing Bank, racked up huge debts in high-risk real estate loans and investments, and collapsed in 2008 when the financial crisis hit. After the bank was nationalized, it abandoned the deal and Candy & Candy lost its money partner, ultimately defaulting on a $365 million acquisition loan.

At the time, few in the local real estate community thought the project would have been much of a success anyway. It was estimated that with such high land and development costs, even the cheapest condo would have to sell for $4 million, with many going for $10 million or more – pricey even by Beverly Hills’ standards.

Joint Treasure’s project is poised to come in at a lower cost. The price for the land and entitled project together was nearly $350 million less than what the Candy brothers paid for the land alone. In addition, construction costs have fallen since the project was first proposed. As a result, some condos could sell for under $2 million.

One source said the new owners also may pare back some of the amenities, such as a proposed private bowling alley. Even so, the planned amenities include a communal wine cellar, a ballroom, a high-end fitness and spa, and full concierge service.

What’s more, the developers are targeting wealthy Asians who often do business in Los Angeles and want a second home here, a market that Joint Treasure is far from the first to tap.

The $165 million Solair Wilshire, a 22-story mixed-use tower with 186 condos and shops above a subway stop on Wilshire Boulevard in Koreatown, opened in 2009. It targets Korean-American and Korean nationals, and was boosted by a 2006 South Korean government decision to raise to $1 million the amount its nationals could spend on foreign real estate. More than half of the condos have been sold at prices between about $500,000 and $2 million.

Meanwhile in downtown Los Angeles, Korean Air and Thomas Properties Group have teamed up to build a $1.2 billion mixed-use project, scheduled to open in 2015, at the site of the Wilshire Grand hotel. They plan a 65-story office building and 45-story tower with 650 hotel rooms and up to 100 condos.

Of course, it’s unknown how strong the market will be for condos that come on line in 2015. Several nearby luxury projects built during the housing boom continue to struggle and it may be years before their units are absorbed.

Among the most prominent is the Century, a 140-unit condo complex on Avenue of the Stars in Century City built by Related Cos. that opened in 2010. The 41-story oval tower has seen the notable sale of its two-story penthouse to Candy Spelling for $12 million. But the unit is only one of about 20 that have been sold and the price was significantly reduced from the $47 million she had agreed to pay in 2008 before the economy bombed.

The Carlyle on Wilshire, a 24-story, 78-unit complex opened last year, saw many of its units converted to apartments after less than half were sold. The 35-unit Beverly West near the Los Angeles Country Club opened last year but still sits empty.

Doing the best so far is the Montage Beverly Hills, which has sold more than half of its 20 units after hitting the market in 2009. Its location on several floors above the five-star Montage hotel in the heart of Beverly Hills gives it an advantage. Three units have sold for more than $10 million each.

Can Joint Treasure take equal advantage of the Beverly Hills address and one of L.A.’s most prominent development sites?

“It’s always nice to have Beverly Hills at the tail end of your address, but does it have great monetary value? I don’t know. You have a lot of property to absorb,” Shapiro said. “The developer mentality is they are always thinking about how business is going to be great three or four years down the line; that the demand is going to be there. But we saw how quickly that demand turned.”